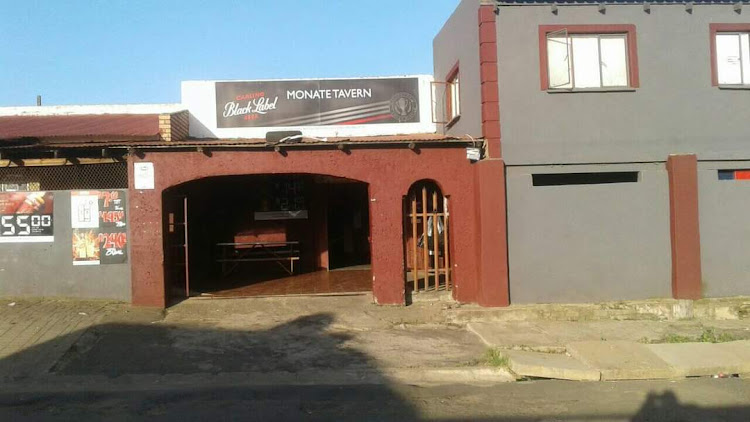 Monate Tavern in Vryheid was fined R5,000 for trading in the early hours of Sunday morning.
Image: supplied

The owner of a tavern in Vryheid was fined R5,000 for trading after midnight, and eight other KwaZulu-Natal liquor licence holders were charged and fined for selling "takeaways."

In addition, six fake liquor licences were found at outlets, including a popular venue in Chartwell Drive in Umhlanga.

Economic development, tourism and environmental affairs MEC Nomusa Dube-Ncube on Monday released the findings from unannounced visits to liquor traders in the province.

Traders with onsite licences are not allowed to sell alcohol as takeaways.

Dube-Ncube said Monate Tavern in Vryheid was fined R5,000 for trading in the early hours of Sunday morning. The fine comes after a video of tavern patrons dancing and socialising was posted on social media.

"In line with the laws of the country, the owner of Monate Tavern will be served with a notice of suspension of the liquor licence by the KwaZulu-Natal Liquor Authority. He is required to make a representation within 14 days," she said.

"In addition, compliance officers and law enforcement agencies charged and fined about eight liquor licence holders for selling takeaways in contravention of the Disaster Management Act."

"As I stated last week, where any licence holder is found to have violated any of the provisions contained in the regulations or the sale of liquor in terms of the KwaZulu-Natal Liquor Licensing Act, the provincial liquor authority will recommend the suspension of the license until the end of lockdown or for three months."

Over the past four months more than 2,000 liquor traders across the province were visited during business inspections to check compliance and ensure enforcement.

"We have expressed our concern that since the country moved to level 1, our compliance inspectors have discovered six fraudulent liquor licences and fraudulent confirmations of payment receipts," Dube-Ncube said.

She said the fake licences were found at fully operational liquor outlets in Ematsheni in the Uthukela District, Osizweni in the Amajuba District, and Newlands East and Umhlanga in Durban.

Two fake licences were found in Umlazi, south of Durban.

"We remain concerned about the number of fraudulent licences mushrooming. It is for these reasons the KwaZulu-Natal Liquor Authority has appointed a forensic investigator to probe these cases and liaise with law enforcement authorities.

"We are confident the main culprits involved in this racket will be punished severely. This will serve as a lesson to aspiring fraudsters and dubious liquor traders."

A Sandton nightclub was shut down and employees of a Midrand adult entertainment venue fined early on Saturday morning for violating lockdown laws.
News
1 year ago
Next Article