Gauteng woman in court for her British Facebook friend's murder 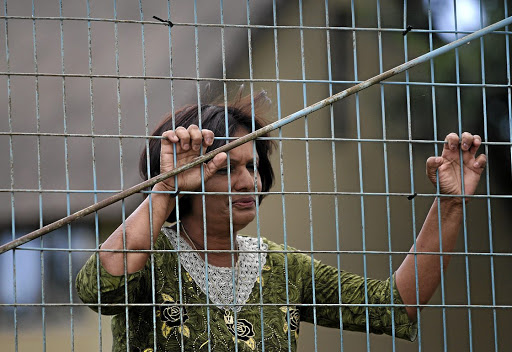 The charred remains of Jamnadas Harkant Nathvani were found in the De Deur area of Gauteng after he went to meet Zaheera Boomgaard.
Image: Simon Mathebula

A Gauteng woman appeared in the Vereeniging magistrate's court on Monday, charged with murdering a 71-year-old British man who had travelled to SA to meet her.

Zaheera Boomgaard is alleged to have murdered Jamnadas Harkant Nathvani, whose charred remains were identified two weeks ago, almost eight months after he travelled from India, where he had been on a pilgrimage, to SA to meet her.

They had met on Facebook before Nathvani, a philanthropist, arrived in SA in January to meet Boomgaard.

National Prosecuting Authority spokesperson Lumka Mahanjana said the matter was on Monday adjourned to November 6 for a formal bail application.

Boomgaard is also charged with murdering her friend, Lynette Mustapha.

Mustapha's charred remains, also found in Walkerville, south of Johannesburg, led the police to cracking the case of the missing man.

The police will not yet reveal the motive for the killings. However, Boomgaard is also charged with several counts of fraud and the theft of Mustapha's vehicle.

Boomgaard, who apparently at one stage owned a goat farm in the area, is also linked to the 2012 disappearance of 83-year-old retired naval engineer John Naisby, who had travelled from Cape Town to Walkerville to meet her after an online romance begun on Facebook.

He had told his wife in 2012 that he was going to Gauteng to meet a woman by the name of Zaheera Wookey. He has not been seen since but money was withdrawn from his bank account days after his disappearance.

Police have confirmed that Boomgaard went by the name Zaheera Wookey in 2012. 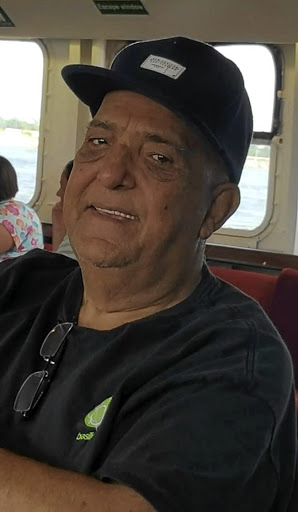 She said Nathvani landed at OR Tambo International Airport on January 25. On May 6, his family reported him missing when they could not make contact with him in SA.

During this time, Nathvani's Facebook account was still active, with messages supposedly posted by him about him being fed up with the lockdown in SA. However, friends and family who commented on the posts were sceptical that he had created the posts.

The breakthrough came on August 8 when a charred body was found in the De Deur area.

“The body was identified by means of fingerprints as Lynette Mustapha. Other evidence on the crime scene was also followed up and helped with the targeted identification process.

During interviews with the first responders and other witnesses on the crime scene, by the investigation team, valuable information was gathered and followed up. The investigating team did the necessary investigations and that lead to the confirmation that the charred remains found on March 11 were indeed those of Mr Nathvani,” said Muridili.

Nathvani's identity was confirmed by DNA obtained from the UK and dental records from India. The postmortem revealed signs of blunt- and sharp-force trauma.

The case of Blessing Bveni, accused of murdering two people and assaulting and robbing others in the Table Mountain National Park in early 2018, ...
News
6 months ago

Taxi owners among those arrested for bus driver's murder

Three taxi owners are among eight people arrested in connection with the brutal murder of Stabus driver Neho Motaung.
News
6 months ago

Nathvani's children, who were in contact with the SA Community Crime Watch (SACCW) since their father went missing, had asked the community group to lay the retired accountant to rest in SA on their behalf.

“To ensure the funeral would be carried out according to Hindu rites, Manogari Moonsammy, founder and CEO of The 200% Foundation, was contacted for assistance. All proceedings were recorded in a video made by Moonsammy and shared with the family,” said SACCW COO Michael Venter.

He said Nathvani, affectionately known as Harry, was referred to as a gentle giant.

“His heart was especially with children as well as the elderly and he did all he could to assist those in need. Once a year, Harry would take a trip from the UK to India to hand out food parcels to less fortunate children and the elderly.

“In India this year while completing pilgrimages, he planted 100 mango trees in temple grounds in the hope that the fruit would give all temple devotees mangoes year on year. It was from this trip that he came to SA - sadly, to his cruel fate. At home in the UK Harry would supply food parcels and fruit daily to the street children as he knew how much joy they would bring.”

The police have announced a R100,000 reward for assistance that will lead to the arrest of the killers of a policeman in the ganglands of the Western ...
News
6 months ago

Court hears of reign of terror days after shocking murder.
News
6 months ago
Next Article