Husband of one of businesswomen gunned down in Polokwane arrested 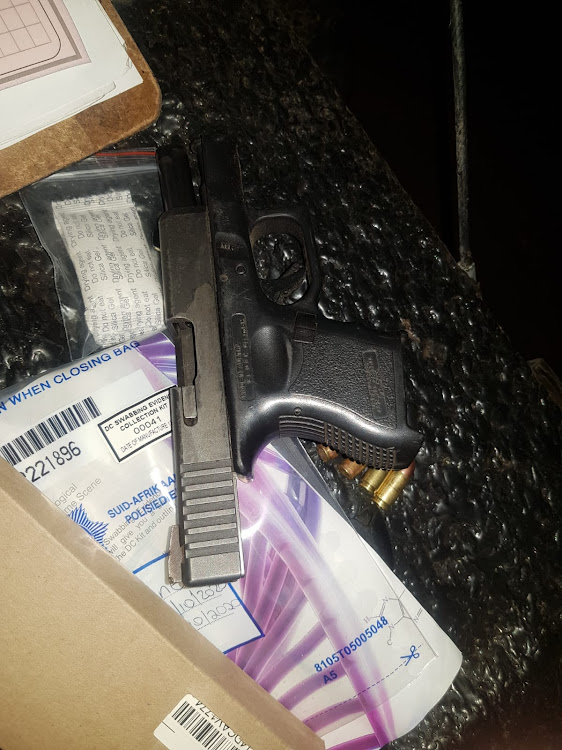 One of the firearms seized during the raid.
Image: Saps

The husband of one of the businesswomen who were gunned down in Polokwane, Limpopo, earlier this month has been arrested, the police said on Thursday.

The 56-year-old man and four others were arrested on the East Rand in Gauteng in the early hours of Thursday, police spokesperson Brig Motlafela Mojapelo said.

Mojapelo said the husband was arrested at a hospital where he was admitted after allegedly attempting to commit suicide.

Tebogo Phuti, 35, and Makoena Johanna Leshabane, 46, were with a local property agent to view properties they were considering renting on October 10 when they were gunned down.

Paramedics said at the time that Phuti and Leshabane were “shot dead at point-blank range” and their vehicle was “riddled with numerous bullet holes”.

The Limpopo provincial investigating and tracking teams and Magama investigators conducted a well-co-ordinated intelligence-driven operation and succeeded in arresting the suspects at different addresses in Ekhuruleni, Elsburg, Katlehong and Germiston, Mojapelo said.

He said a red Hyundai Accent believed to have been used during the crime, two firearms, two magazines and 13 live rounds of ammunition were seized.

The suspects, aged between 25 and 56, will be charged with two counts of murder and possession of illegal firearms and ammunition.

They are expected to appear in the Polokwane magistrate's court on Monday.

Killed taxi boss was warned to watch his back

A Johannesburg taxi boss who was gunned down in front of his home hinted to his family weeks before his death that there were people who wanted ...
News
11 months ago

Promise Marupeng  Sedibeng district municipality officials are shocked and fearful, wondering who is next to be killed following the murder of ...
News
1 year ago
Next Article