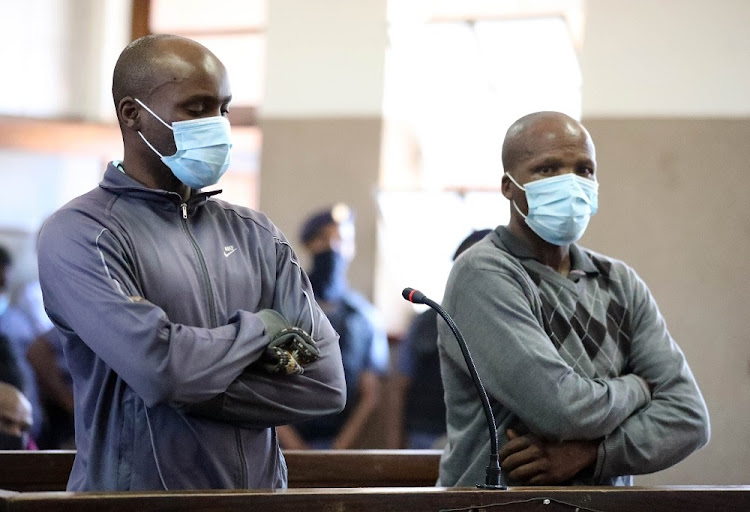 One of the two men who were arrested in connection with the murder of a farm manager in the Free State has been granted bail.

Sekola Matlaletsa was granted bail of R5,000, while his co-accused Sekwetja Mahlamba’s application was denied in the Senekal magistrate's court on Thursday.

The pair are accused of murdering Brendin Horner and robbing him of his cellphone and wallet on October 2.

Horner’s body was found tied to a pole and had numerous stab wounds on a farm in Paul Roux.

While handing down judgment on their bail application, magistrate Deon van Rooyen said the state’s case against Matlaletsa was weak and that he showed exceptional circumstances.

He said, save for the two statements obtained from witnesses, there was no evidence linking Matlaletsa to Horner’s murder.

“There are no eye witnesses and the DNA results taken from the bakkie were inconclusive as far as it relates to him,” Van Rooyen said.

He said despite the state’s assertion that Matlaletsa posed a flight risk, Matlaletsa has been attending his court cases in relation to two other matters.

“On these grounds I believe it’s in the interest of justice to grant bail to applicant 2 [Matlaletsa],” Van Rooyen said.

“There’s evidence in the form of a statement taken from the girlfriend indicating he was not in their house when she woke up around 11pm and he arrived home at around 4am on October 2.”

Van Rooyen said Mahlamba has some explaining to do about his whereabouts when he left their home in the middle of the night and returned early in the morning.

He said when Mahlamba’s house was searched, two pairs of trousers with blood stains were found along with a pair of muddy shoes.

“The accused lied about the second shack where a pair of trousers with blood stains was found in a deep freezer. He said it was locked and that it was not searched in his presence. It raises suspicion that perhaps he knew that the pair of trousers was hidden in the deep freezer,” he said.

Van Rooyen said Mahlamba had the potential to interfere with investigations as he knows two of the witnesses in the matter.

“He knows his girlfriend is a key witness in the matter and there is a likelihood that he will attempt to influence her to change her statement,” he said.

Van Rooyen postponed the matter to December 1 for further investigation.