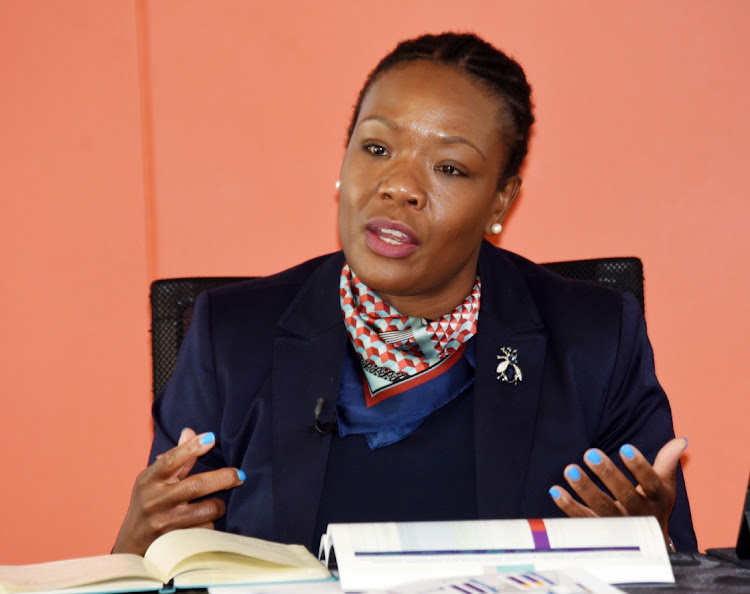 Deputy auditor-general Tsakani Maluleke has been nominated to to take over her boss Kimi Makwetu, when his term expires next month.
Image: Freddy Mavunda

The Black Business Council has hailed the historic nomination of Tsakani Maluleke who has been endorsed by parliament’s ad-hoc committee to take over as the new auditor-general.

The committee on Tuesday unanimously gave Maluleke the thumbs up to head the Chapter Nine institution when the term of incumbent Kimi Makwetu ends in November.

"The BBC would like to take this opportunity to congratulate deputy auditor-general, Tsakani Maluleke, on her nomination by parliament as the new auditor-general. Ms Maluleke makes history as the first woman recommended for the post since the organisation was established in 1911," said BBC president Sandile Zungu.

“Ms Maluleke has the necessary skills, experience, qualifications and character for the position. As chairman of the CA Charter Council, she led the first BEE sector charter to be gazetted; and reported diligently to the department of trade and industry.

"Her commitment to service excellence, ethical leadership and contribution to the advancement of transformation was recognised and awarded, at different times, by the presidents of both the Black Management Forum and the Association for the Advancement of Black Accountants of Southern African.”

He described Maluleke as a passion leader who actively contributes to the entry and advancement of black men and women in the accountancy profession.

"She has pursued this passion through her work with various organisations, including Business Unity South Africa, African Women Chartered Accountants, and the Association for the Advancement of Black Accountants of Southern Africa, of which she is a past president,” Zungu said.

“We strongly believe that Ms Maluleke’s role as deputy auditor-general, over six-and-a-half years, has strengthened her capacity to understand and respond to the challenges and opportunities facing the AGSA, government, parliament and the citizenry at this critical period in South Africa.”

He added that the BBC would offer her all the necessary support to ensure a successful and impactful tenure.

Time to rebuild the state's capacity to serve SA

“We are concerned about the indicators of high risk of fraud and abuse we observed – not only in the areas that we were able to audit, but also where ...
Opinion
1 year ago
Next Article