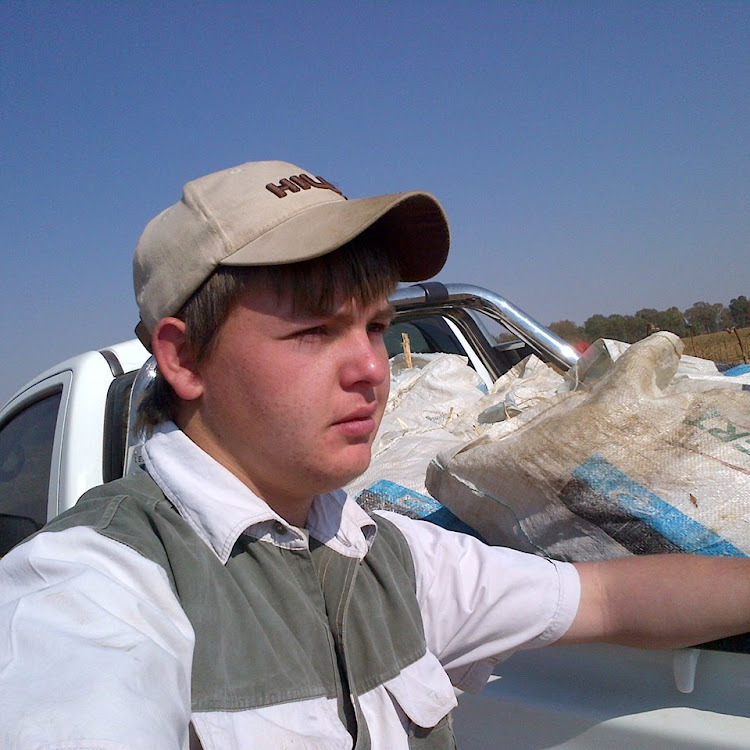 The lawyers of the two men accused of the murder of farm manager Brendin Horner have asked the court for at least two days to cross-examine a police investigator who wants their clients to be denied bail.

Capt. Gerhardus Myburgh is expected to return to the stand at the Senekal magistrate’s court in the Free State on Tuesday where the cross-examination will begin.

On Friday, the police officer, who has more than 23 years of experience, revealed some integral findings to their investigations.

He told the court that blood swabs taken from inside and outside Horner’s bloodied bakkie had revealed that this was the blood of three men.

When the two accused, Sekwetje Isaiah Mahlamba and Sekola Piet Matlaletsa, were arrested just days after Horner’s murder, they were found to have slight abrasions on their elbows.

Blood analysis will confirm whether the blood samples taken from the scene link them to the crime.

The body of 21-year-old Horner was found earlier in October. His lifeless body had been tied to a fence and he had a rope around his neck. He had been repeatedly stabbed on the head, shoulder, arm and his hands. He also had cuts on his right thigh, leading police to believe he had been dragged on the gravel road. His post-mortem revealed he died of strangulation.

Horner’s vehicle was found abandoned a few kilometres from where his body was found.

Police are confident they have arrested the culprits, adding that bloody clothes were found at the home of Mahlamba. According to Myburgh, some of the bloodied clothing was found stashed in a freezer.

Mahlamba, however, told police that the blood came from a sheep he had assisted in slaughtering a few days before Horner’s murder. The clothing has been taken for analysis to establish whether it belongs to Horner.

Police are hoping that cellphone records of the accused will shed light into their exact whereabouts at the time of the murder.

While Mahlamba had taken to the stand last week, denying any part in the murder or of even knowing Horner, his co-accused had chosen not to take the stand, opting for his lawyer to present an affidavit to the court in which he pleaded not guilty.

Matlaetsa had submitted that he would not flee and had no fear as he came from a close-knit community that knew him well. Myburgh, however,  gave a list of reasons as to why the two should not be granted bail.

Among these reasons was the public unrest that erupted in court earlier this month, with angry community members forcing their way into court, demanding the two accused be released to them.

Myburgh, however also added that the angry mob wanted to burn the two accused alive.

He told the court that there were pieces of burning paper that had been thrown into the holding cells where the accused had been kept.

In last week’s proceedings, thousands of EFF members had descended to the court, saying they were there to protect state property from further destruction.

The N5 Highway starkly divides the farming town of Paul Roux in Free State into two sections – a predominantly white area consisting of less than 240 ...
News
1 year ago

Senekal youth turn to crime because there's nothing else to do

Pheello Petrus Mokoena sits on a chair outside his home in Fateng Tse Ntsho township, in Free State, under a blistering heatwave. He bemoans the ...
News
1 year ago

'Why didn't they fetch me? I'm an old man': Father of slain Senekal farm manager speaks

Robert Horner says he is disgusted by the brutal murder of his son Brendin.
News
1 year ago
Next Article