Woman seeks help as she contends with dystonia disease 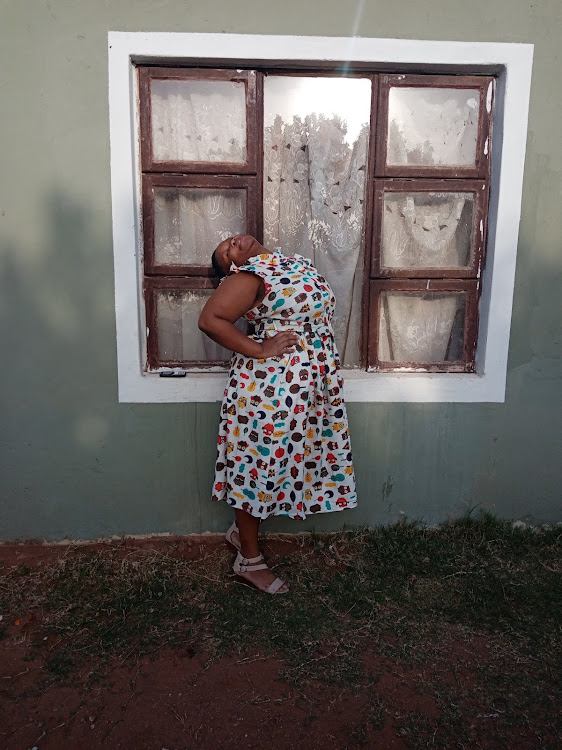 Sinegugu Ngubo suffers from a rare condition that has her neck involuntarily spasming in pain
Image: Supplied

When Sinegugu Ngubo wakes up in the morning she has to fight another day against a crippling and painful condition that makes her body spasm unbearably that sometimes it causes her to have panic attacks.

The 25-year-old from Mthwalume in KwaZulu-Natal has for five years been suffering from cervical dystonia, which is a neurological condition that  currently has no cure.

She cannot stand straight and walks with her head tilted backwards because her neck muscles involuntarily contract into abnormal positions.

When she tries to put her head in the correct position, her head jerks backwards. This makes it difficult for her to get to medical centres for consultation or check ups.

Some of the treatments she gets includes Botox, to stop spasms, and acupuncture.

"Dystonia is a monster. I really hate it. God didn't even consider my dreams or my gran's hard work of sending me to school. Now she's taking care of me instead of me taking care of her," she said.

Ngubo, who had to drop out of an office administration course because of her disability, cannot take care of herself with even the smallest things such as preparing food or dressing herself.

She has to visit a medical centre at least once a week. However, depending on how severe the pain is, she has to go more frequently.

She has now resorted to campaigning  for funds on social media.

She said after she got sick her two children's father left her with no financial support for her children.

"Their dad left while I was pregnant with the little one. He couldn't handle having a sick girlfriend," said Ngubo.

She said her dream was  to have an inside bathroom which will make life easier for her family, as well as a helper who can take the load off  her grandmother.

"They [grandparents] are in their early 60s and it is very difficult for them, especially my grandmother because she always has to accompany me everywhere even to the hospital. When I get sick in the middle of the night she has to hire people to rush me to the nearest clinic or hospital."

Ngubo survives on a disability grant which is not enough for the frequent trips to Inkosi Albert Sisulu Hospital in Durban or to pay for private practitioners for treatments not found  in public hospitals.

Her grandmother Thandie told Sowetan that she hoped her granddaughter would  get some financial assistance and a car to help transport her to medical centers.

"I want her disease to stop progressing and for her to be happy. I want her to wake up back to normal," she said.

According to Professor Girish Modi, Chief Specialist: Neuroscience at Wits University, the condition stems from the brain.

"Over a period of time the muscles that are in continuous contraction  become tense and cause pain.

In praise of hospices: 'I can't tell you how my health and mental state have improved'

Katrien de Beer from Germiston is one of thousands of South Africans who benefited from the support and care that hospices and palliative care ...
News
1 year ago

Neurologist beats all odds to realise his dream

Growing up in the rural town of Bizana in the Eastern Cape, Simphiwe Mandlesilo always wanted to be a doctor and against all the odds he realised his ...
News
1 year ago
Next Article