Image: Supplied Members of Abahlali baseMjondolo, a movement for shack dwellers, marched in Durban to protest about evictions, corruption and violence.

Abahlali baseMjondolo, the shack dwellers' movement, wants members who were evicted during the state of national disaster brought back to their original homes.

“We demand that all those who have been evicted be reinstated on their land and in their homes. They must be compensated for their losses and suffering. All government officials who ordered and carried out illegal evictions must be called to justice,” read the movement's memorandum.

Hundreds of members of the movement on Monday marched through the Durban CBD to the city hall against forced evictions, corruption, violence against its members, and  treatment of migrant communities, women and LGBTIQ+ people.

They are demanding the immediate closure of the eThekwini municipality’s Land Invasion Unit, and a full investigation into how the contractor which works for the city to conduct evictions was awarded the tender.

“The eThekwini municipality’s Land Invasion Unit is a militarised structure with no purpose but to violently repress the poor. It has killed people,” the organisation said.

The organisation demanded decent housing, safe neighbourhoods and the provision of all basic services. It also wanted security of tenure for RDP housing beneficiaries to protect members from victimisation and evictions.

For their housing challenges to be adequately addressed, the organisation believes their genuine participation in all decision making affects their lives.

“We demand recognition for grassroots urban planning. We demand full disclosure of the housing budget and the list of beneficiaries in eThekwini and from the provincial department of human settlements.

“For too long the promise of houses has been downgraded to forced removal to transit camps. These transit camps are more like prisons than homes. Therefore, we demand an immediate end to all transit camps so the dignity of the people who have been taken to transit camps can be immediately restored,” the organisation said.

They also demanded action to secure the equality, safety and dignity of all LGBTIQ+ people, and end to all harassment of street traders, an immediate end to all forms of discrimination against people born in other countries and the end of harassment of women.

The organisation also demanded that “thieves must be called to justice” in relation to the:

“The money must be recovered and redirected, in an open and transparent manner, to projects to clean our settlements and our townships run under the authority of freely elected community structures.”

The provincial government was given one month to respond. 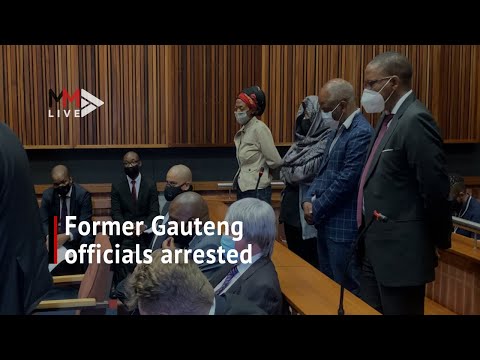