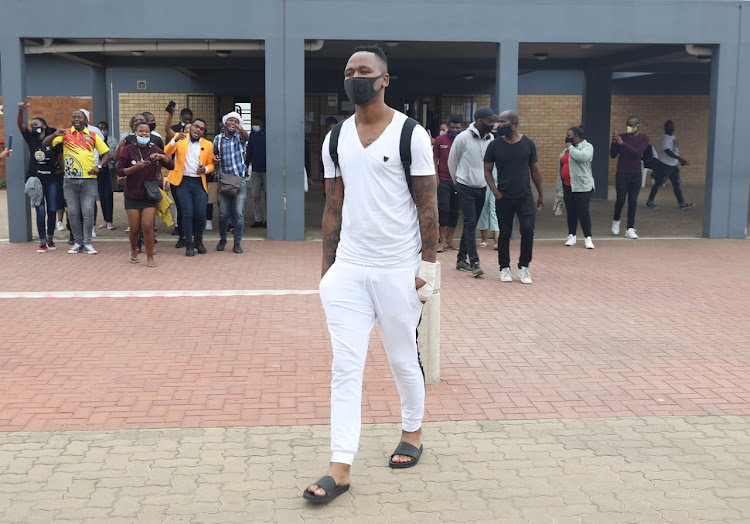 The assault cases involving former Kaizer Chiefs and Orlando Pirates goalkeeper Brilliant Khuzwayo and a Mangosuthu University of Technology (MUT) student have been postponed for mediation.

Khuzwayo and Mantenetgo Mbasa, a MUT student, opened charges of assault with intent to cause grievous bodily harm charges against each other after they allegedly got into an altercation at the university on Saturday.

They appeared in the Umlazi magistrate's court on Monday.

Former Kaizer Chiefs and Orlando Pirates goalkeeper Brilliant Khuzwayo is appearing in the Umlazi Magistrate Court on assault charges. He has also opened a counter assault case after an incident at Mangosuthu University at the weekend @TimesLIVE @yasantha pic.twitter.com/Z9hEy55aOc

It is understood that Khuzwayo was at the university as a guest speaker for a sports programme.

However, students who came to support Mbasa in court claimed that Khuzwayo was not granted proper access to enter campus.

The university did not respond to queries.

The matter was postponed to October 27 for alternative dispute resolution.

Khuzwayo told journalists outside court that he was glad the matter was before court.

“I am glad this matter will be heard before court because most of the time people in the limelight get accused and offended so many times,” he said.

Former Kaizer Chiefs and Orlando Pirates goalkeeper Brilliant Khuzwayo will be in court on Monday on assault charges after he was involved in a ...
News
7 months ago
Next Article