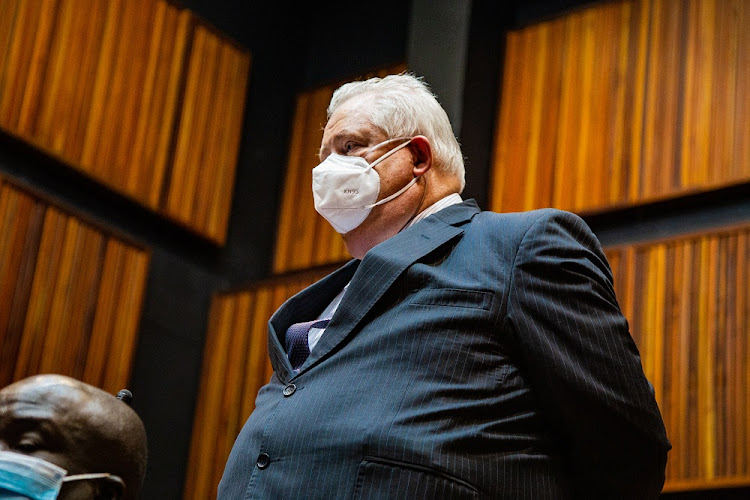 Bosasa whistle-blower Angelo Agrizzi has been moved to a private hospital after his condition “worsened”, his lawyer confirmed on Monday afternoon.

SowetanLIVE's sister publication TimesLIVE spoke to Daniel Witz, Agrizzi's legal representative, who said he was dealing with a “situation” and could not provide further details. Later, asked via text message whether it was true that the former Bosasa executive had been moved from a state facility to a private hospital, Witz simply replied: “Yes.”

He then provided further details, saying: “We were contacted by a representative from correctional services who informed us that Mr Agrizzi’s condition had worsened.”

He said a doctor at the public hospital recommended that Agrizzi be transferred to a private hospital.

“The family approved this so that he could be transferred to high care. He is being moved. They are busy stabilising him,” said Witz.

Agrizzi was moved to hospital from jail last Thursday afternoon. A day earlier, the Palm Ridge magistrate's court denied him bail as he stood in the dock facing corruption charges.

The exact nature of Agrizzi's illness hasn't been specified, but Witz said last week that he was being treated for respiratory problems.

Agrizzi's son, Giancarlo Agrizzi, said the family had “no comment” at this time.

“It was a request from the family which was approved after our policy and procedures. All inmates are entitled to health care at state expense, except for treatment for cosmetic purposes,” he said.

“Critical to highlight is that inmates and remand detainees may be granted permission to be treated by his or her private medical practitioner at own cost and risk.”

Lawyers for former Bosasa COO Angelo Agrizzi were on Monday still waiting to hear from the high court in Johannesburg when his bail appeal will be ...
News
1 year ago

Bosasa whistle-blower and fraud accused Angelo Agrizzi is being treated at Soweto's Chris Hani Baragwanath Hospital for a second day on Friday.
News
1 year ago
Next Article