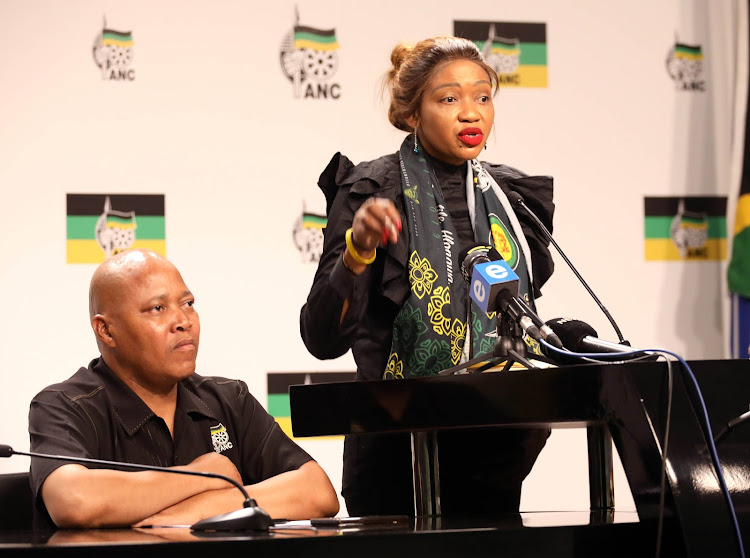 The ANC national youth task team has announced its intention to convene a national conference of the youth league just a day after it was threatened with legal action over its legality.

In a statement released on Monday, the task team (NYTT) said it intends holding the ANC Youth League congress before the end of January next year.

“The NYTT has done a thorough analysis and deliberation and decided that the national congress must be convened by no later than end of January 2021,” the NYTT said in a statement.

Provincial and regional structures of the league have been given until the end of November to submit their membership.

Yesterday a grouping called the ANCYL crisis committee threatened the NYTT with legal action, questioning the legality of the structure dubbed “the eldership”.

Former presidents of the league including Malusi Gigaba and Fikile Mbalula sit on the task team. The crisis committee said it wanted the disbandment of the “purposeless stokvel of elders masquerading as youth leaders” as it was inconsistent with the ANCYL constitution which gives its members powers to run the league.

It said it would serve the ANC with an interdict on November 6. The ANCYL national executive committee (NEC) was disbanded in July 2019 and the task team was subsequently appointed to oversee the running of the league and convene an elective congress as a matter of urgency.

However, 15 months later the NYTT has still not been able to organise the congress. Initially, the NYTT had earmarked May to hold the congress but could not go ahead because of the coronavirus pandemic.

The NYTT said it was committed to reviving the youth league which has been on a downward spiral since the expulsion of its former leader and now EFF leader Julius Malema.

Under Collen Maine the league failed to gain relevance with the youth of the country until its NEC was disbanded and the NYTT appointed to take over.

It was not immediately clear whether the crisis committee  would still go ahead with its legal action after the announcement of the intention to finally hold the congress.