Matric balls sacrificed to avoid the risk of Covid-19 infections 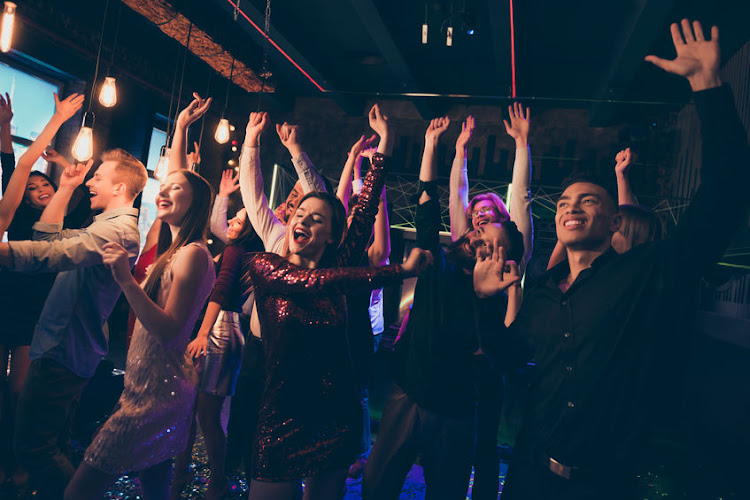 Many schools have sacrificed the matric ball out of health and safety concerns over the coronavirus pandemic. Stock photo.
Image: 123RF/Roman Samborskyi

For anyone in their final year the matric ball is probably the biggest social event on the school calendar, but thanks to the Covid-19 pandemic many schools are forgoing the snazzy affair.

Many schools that SowetanLIVE's sister publication TimesLIVE spoke to in Cape Town this week said they had cancelled plans to have matric dances with most sticking only with valedictory functions to strictly be attended by matrics and sometimes parents. Some schools said they would livestream their valedictories to allow families and pupils in other grades to witness the event.

And if a warning by the provincial education department is anything to go by, it is no wonder many schools are sacrificing matric balls. Department spokesperson Bronagh Hammond said while schools were not forbidden to have social events like balls, there could be a heavy price to pay for schools should any of the pupils in attendance Test positive for Covid-19.

Hammond said should a positive infection be confirmed, everyone who attended the function could be required to quarantine and possibly miss the most important exam in their schooling career.

School pupils are being cautioned to minimise their risk of contracting Covid-19 after reports that some Cape Town matrics have been partying at ...
News
1 year ago

“Matric farewell functions are considered non-curricular activities and there is no official policy by the Western Cape education department on them. It is regarded as a matter between matric parents and their school.

“We must also make clear that should a candidate Test positive for Covid-19, they will not be allowed access into examination venues and will not be allowed to sit for an examination for a 10-day period or until confirmation is received from a medical practitioner. This means that the candidate will only be able to complete their national senior certificate in June 2021.”

Westerford High School in Cape Town’s southern suburbs is one of the schools that have cancelled the event.

Principal Mark Smith said the school would instead have a farewell gathering on the last day of school, December 15, on the school fields. “Only the matrics will arrive and the teaching staff will be present. So no partners, no dancing. We will have food packs and appropriate social distancing.”

The school will forgo its annual celebration evening where speeches are made and prizes handed out. No other meetings have happened at the school involving pupils. Smith said the matric valediction would take place on October 23 outdoors with only parents and matrics attending.

South African College High School (SACS) did not have to cancel its matric ball as it held the event in the first term before the lockdown. The school will have its valedictory event outdoors with only the matrics present.

Settler’s High School in Bellville said the class of 2020, which was supposed to have a matric ball in September, plans to have the bash in the future.

“We have asked the matrics to have their celebration maybe in five years' time,” said Louisa Hall, the school’s deputy principal.

“We usually have reunions every 10 years, but we have asked that they have their reunion in five years to celebrate the matric ball that never was. To make the event special, each will be writing a time capsule about their matric year and the idea is to open the letter when they meet again at the event,” she said.

This week school principals and Western Cape premier Alan Winde warned school pupils not to let their guard down and minimise their risk of contracting Covid-19 after reports that some matrics had been partying without wearing masks. Matrics who were out during the first weekend of October, and visited a Claremont bar, have subsequently tested positive for Covid-19.

Usasazo High School in Khayelitsha, which often has its matric ball in September, has refunded pupils who paid for the function earlier in the year. “We will have no matric functions whatsoever due to the pandemic. Learners are very understanding of the situation,” said school secretary Nomalinge Siyolo.

Wynberg Girls High School, which was due to have its matric dance in April, cancelled it due to the lockdown.

The school is instead planning a “matric celebration” for grade 12s. The assembly will be recorded and the video distributed to parents as they cannot attend the event for health and safety reasons.