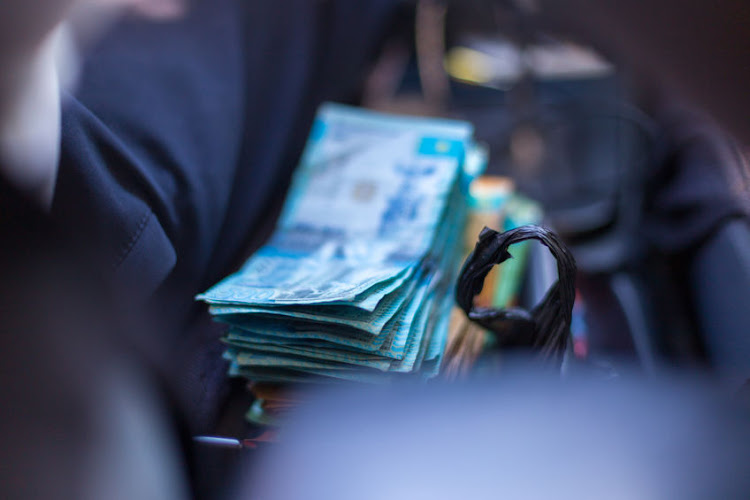 The clerk was arresting after driving with the "bribe money" and handing it over. Stock photo.
Image: 123RF/donikz

A police clerk who allegedly tried to bribe her way to a promotion ended up getting arrested and now faces suspension.

Mokwape Malatji, 50, an administrative clerk at the Ritavi police station in Limpopo, was caught allegedly trying to bribe a deputy provincial commissioner in exchange for promotion.

She was released on bail of R1,000 by the Mankweng magistrate's court on Monday and was served with a notice of suspension by her employer on Friday.

Limpopo police spokesperson Brig Motlafela Mojapelo said Malatji had allegedly sent text messages to a major-general and then offered to pay a bribe in exchange for promotion.

A 53-year-old senior official from the Molemole local municipality in Limpopo was arrested by the Hawks' Serious Commercial Crime Investigation in ...
News
1 year ago

'Stolen millions were meant to uplift our village'

Members of a community that was set to benefit from a multimillion rand farm project say the theft of more than R4m from the project by local ...
News
1 year ago

“This after a major-general attached to the provincial office, where she serves as the deputy provincial commissioner, actively took part in the arrest of a 50-year-old administration clerk for corruption involving R5,000 related to recently advertised posts. It all allegedly started with text messages that were sent to the general by the accused, offering a R5,000 bribe in exchange for promotion,” said Mojapelo.

“The accused ... was so determined to bribe her way to the higher post, that she even drove all the way from Mopani District to Mankweng on October 10 to hand over the R5,000. After handing over the money, she was immediately arrested. The case was transferred to the provincial anti-corruption unit.”

Provincial police commissioner Lt-Gen Nneke Ledwaba said: “The decisive actions that were taken by the general are highly commendable. Corruption committed by any employee of the SA Police Service at any level, requires an immediate and decisive action against the perpetrators as it has a potential of causing reputational damage to the entire police service if left unattended.”

Malatji will be back in court on November 18.