You'll soon be able to generate your own power, says Ramaphosa - and even sell any excess to Eskom 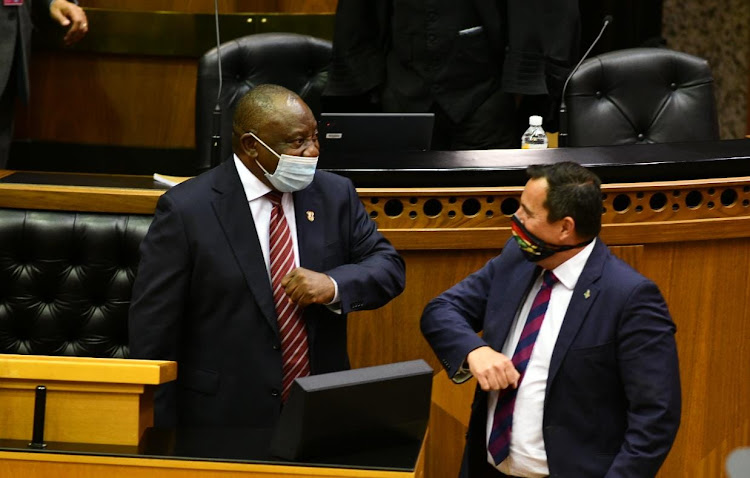 Government is fast-tracking applications for electricity generation for personal use as it moves to end crippling load-shedding and secure energy supply.

Unveiling the economic construction and recovery plan in parliament on Thursday, President Cyril Ramaphosa said the government would work hard to ensure reliable, sufficient supply of energy within the next two years.

It is envisaged that an extra 11,800MW will be brought onto the grid, more than half of it generated from renewable resources and supplied by independent power producers.

“The current regulatory framework will be adapted to facilitate new generation projects, while protecting the integrity of the national grid. Applications for own-use generation projects are being urgently fast-tracked,” he said.

Businesses, especially mines, have been pleading with government to be allowed to generate up to 10MW of energy that is exempt from licensing requirements of the National Energy Regulator of SA (Nersa). They argue that unreliable power supply from Eskom has forced mines to shut down critical shafts, slowing down production and denting economic growth.

The South African government's plans to curb rising public debt are too ambitious, a team of local and international economic advisors to President ...
News
1 year ago

Ramaphosa told MPs that agreements were being finalised with Independent Power Producers to connect more than 2,000MW of additional capacity from existing projects by June 2021.

Energy minister Gwede Mantashe finally gazetted approvals to add new electricity sourced from independent power producers onto the grid. According to the gazette, SA will get 6,800MW extra from wind and solar PV power projects, 513MW will be generated from storage, 3,000MW from gas and 1,500MW from coal.

“Electricity produced from the new generation capacity shall be procured through one or more tendering procedures which are fair, equitable, transparent, competitive and cost-effective,” the gazette stated.

Ramaphosa said a long-term solution to Eskom’s R450bn debt burden was being finalised.

He added that the work of restructuring Eskom into separate entities for generation, transmission and distribution was continuing.

“[It] will enhance competition and ensure sustainability of independent power producers going forward," he said.

As the country waits for President Cyril Ramaphosa to detail the government's economic reconstruction and recovery plan, politicians and citizens ...
News
1 year ago
Next Article