EFF gears up for Senekal confrontation 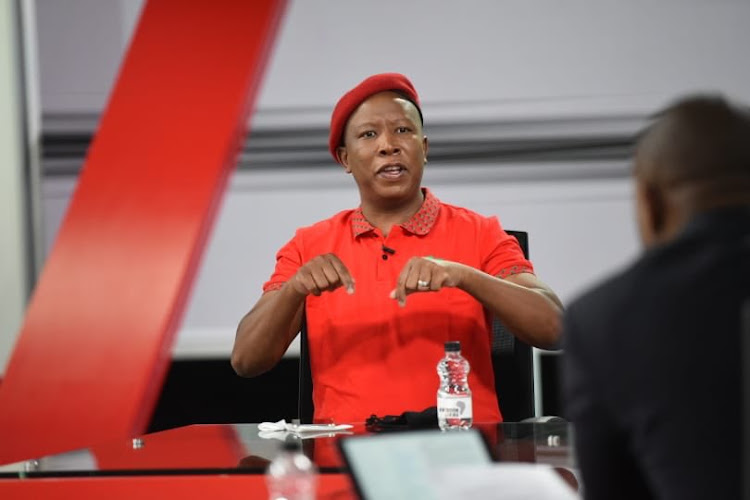 The EFF is not going to Senekal for war but if the trip to the Free State town results in one then “so be it”, party leader Julius Malema has said.

Malema was speaking on Thursday during an interview with Newzroom Afrika's Xoli Mngambi on the EFF's planned gathering outside court in Senekal on Friday.

Responding to a comment made by former president Kgalema Motlanthe who warned that more friction in the town of Senekal could lead to a civil war, Malema said: “So be it.”

Former president, Kgalema Motlanthe has warned that escalating racial tensions in the country could lead to civil war. Last week, farmers went on the rampage in Senekal in the Free State during the first appearance of two suspects arrested for a farm killing.#Newzroom405 pic.twitter.com/STMdlu6Fkm

The EFF is planning to gather in the town marred by racial tensions after the killing of a farm manager. In protest, farmers in the area stormed the court where the suspects were appearing, overturning and setting alight a police vehicle.

Clashes are expected in the town after both farmers and some EFF leaders and members posted on social media their preparations for tomorrow which included the polishing of guns. Malema said the farmers had directly threatened the judiciary and that the EFF would be exercising their constitutional rights by using their bodies to defend the court.

“The judiciary as an independent arm of the state cannot be put under threat with guns directed at [the] judiciary. Once you do that you are threatening the constitution.

CIC @Julius_S_Malema on the utterances of Kgalema Motlanthe says If going to Senekal will cause a civil war if a man exercising his constitutional right will lead to civil war then so be it. #CICOnNewzroom pic.twitter.com/EHDvx5KT9V

“Why should we be scared of retired soldiers when we were not scared of them when they were soldiers when they legitimately carried guns to kill black people. We confronted them with stones. Let history repeat itself. Let us confront the same people our parents confronted, if that is going to be the case, let it be,” Malema said.

“We are not going to live in fear because we think white farmers are former generals. They can go to hell. Murderous generals.”

Meanwhile, a large group of congregants and residents gathered at the Senekal showgrounds on Wednesday afternoon for a prayer meeting.

Those in attendance were asked to pray for 10 minutes.

Lawyers for Senekal businessman Andre Pienaar have filed a notice of appeal to have their client released on bail.
News
1 year ago

Police minister Bheki Cele has revealed that one of the men arrested for killing Senekal farm manager Brendin Horner had been arrested 16 times.
News
1 year ago
Next Article