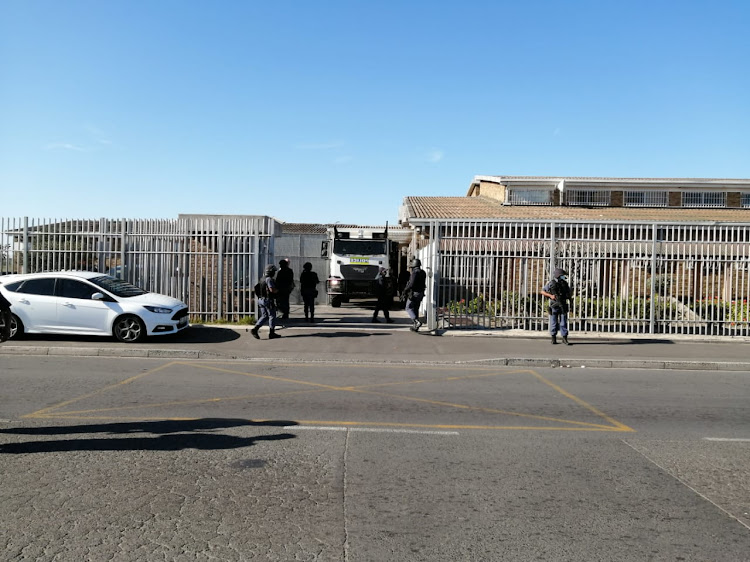 Security concerns at the Bishop Lavis magistrates’ court have resulted in the bail application for the man accused of top cop Charl Kinnear’s murder being moved to another venue.

Former rugby player and debt collector Zane Kilian, 39, appeared in court on Wednesday. The prosecution indicated a venue had been found at the Bellville regional court.

“Your worship, there is good news: the regional court has allocated a court to hear the bail application,” said prosecutor Gregory Wolmarans.

The court then transferred the matter.

After the hearing, Eric Ntabazalila, spokesperson for the National Prosecuting Authority (NPA) in the Western Cape, said the state will oppose Kilian’s release on bail.

“The matter of Zane Killian, charged with the murder of Lt Col Charl Kinnear, conspiracy to commit murder and unlawful interception of communication, has been transferred to the Bellville regional court 4 for the start of the bail application,” he said.

“The matter is transferred following concerns raised over security around the Bishop Lavis magistrate's court.

“After all parties agreed the matter needs to be moved from that court, the state was tasked with securing a new venue for the bail application. Late last Friday, the state was advised by the president of the regional court that a new venue has been secured.

Former rugby player Zane Kilian’s lawyers have denied that he was involved in the assassination-style murder of top police detective Charl Kinnear.
News
1 year ago

“Unfortunately, I am not in a position to speak on security issues. I think it would defeat the whole purpose to say what those security issues are,” he said.

Ntabazalila would not be drawn to comment about the investigation.

“I wouldn’t want to comment on assumptions, but we wouldn’t be charging him if we didn’t have evidence linking him to the case. We are taking the matter to court because we feel he has a case to answer.”

Kilian’s lawyer Eric Bryer said the debt collector’s legal team will do its best to secure his release on bail.

“At this stage I don’t know whether the state is opposing (the bail application), but it looks like it,” he said.

“Obviously we have to try to negotiate. Perhaps they can be persuaded to grant bail by consent. There is a lot of work to be done in the next two weeks and we will see what transpires.”

Bryer said he was surprised no other suspect has been arrested in connection with Kinnear’s killing.

“There are so many versions out there. It has been mooted that, just by the virtue of the size of the accused, the person who pulled the trigger, as per CCTV footage, was probably a quarter his size.

“It’s alarming that no further arrests have been made. There might have been, but it hasn’t been brought to the defence’s notice. The state is keeping everything close to their chests. We hope they will cooperate and put us in a better position when the bail application is made.”

Bryer said incarceration is taking a toll on Kilian.

“He is taking major strain,” he said. “Unfortunately, he is blessed with an autistic special needs child who also suffers from cerebral palsy. The child is being prejudiced by staying with his grandfather. His behavioural patterns have escalated in the wrong direction.

“That is his [Kilian’s] biggest concern inside, that he is not able to spend time with his child. He doesn’t worry about himself. He is worried about his child.”

If police minister Bheki Cele’s tough words at Lt-Col Charl Kinnear’s funeral are anything to go by, those who stripped the top detective of ...
News
1 year ago

Anti-gang unit commander Charl Kinnear will be buried on Saturday after he was assassinated in front of his Bishop Lavis, Cape Town, home on Friday, ...
News
1 year ago
Next Article