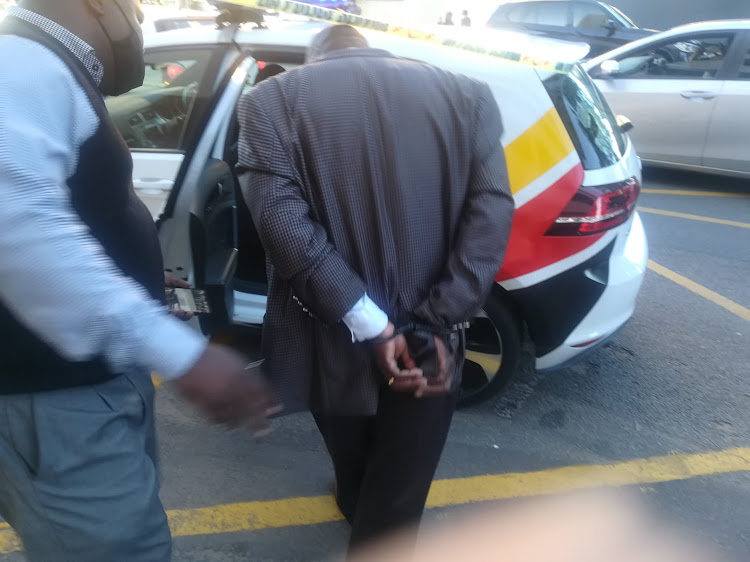 A 52-year-old warrant officer who allegedly extorted money from a drug dealer in order to make a docket 'disappear' was arrested by the Hawks on Tuesday.
Image: Provided

A 52-year-old warrant officer who allegedly extorted money from a drug dealer to make a docket disappear has been arrested.

The Hawks arrested the officer, who cannot be named at this stage, on Tuesday. He was stationed at Westernberg police station, according to Hawks spokesperson Capt Matimba Maluleke.

He was reported after allegedly demanding more money.

“The victim reportedly gave the suspect R6,000 in the past but the police detective kept on demanding more until the matter was reported to the Hawks. The suspect was arrested in the city immediately after receiving a R6,000 gratification from the victim,” said Maluleke.

The officer was found in possession of more than R27,000 in cash.

He is expected to appear at the Polokwane magistrate's court soon, charged with corruption and extortion.

The arrest and court appearance of Major General Bonang Mgwenya, the deputy national commissioner has been hailed as another indication that the ...
News
1 year ago

The Hawks have arrested a businesswoman from Mtititi outside Malamulele in Limpopo who allegedly pocketed R3.2m from Covid-19 social relief funds.
News
1 year ago
Next Article