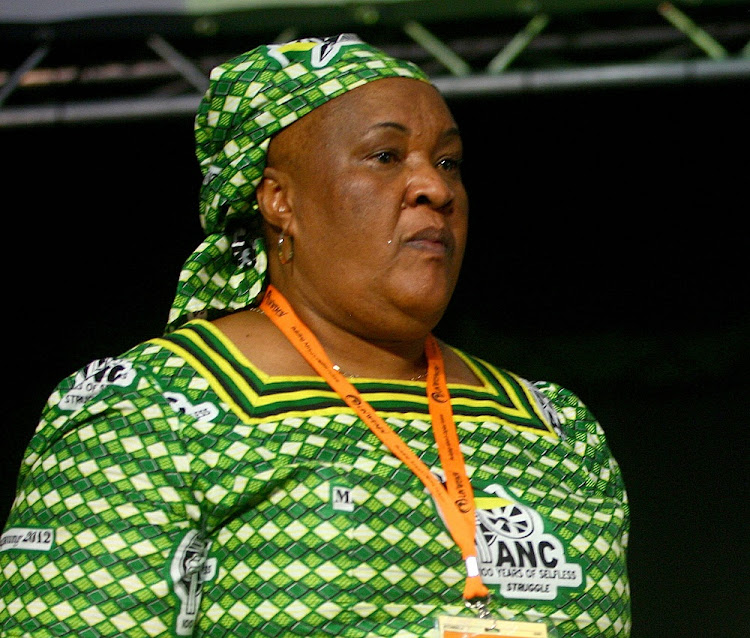 Covid-19 has struck the highest office in the Free State, with premier Sisi Ntombela, MEC for health Montseng Tsiu having tested positive for the virus.

The director-general  of the provincial government Kopung Ralikontsane has also not been spared.

This was confirmed by a media statement from the premier's office released on Tuesday evening.

"While the DG and the MEC for health’s results returned positive [at] the weekend, the premier’s results returned positive today, 13 October 2020. Premier Ntombela will continue to carry out her work responsibilities while in isolation, until she has fully recovered, or advised otherwise by healthcare professionals, also considering the relevant protocols set out by government," the statement read.

"MEC Tsiu is receiving medical attention, while the MEC for cooperative governance and traditional affairs, Thembeni Nxangisa, will act as the MEC for health until MEC Tsiu has fully recovered.

"The Free State provincial government (FSPG) wishes the premier, MEC for health, and the DG a speedy recovery. The FSPG urges all citizens of the province, and South Africans in general, now more than ever, to play their part in observing the necessary protocols of washing hands and sanitising regularly, wearing a mask when in public, and practicing social distancing," read the statement.

The provincial government urged people to continue to exercise extreme cautiousness, and urge others to be responsible and accountable for their actions.

"Our ultimate challenge now, is that there are communities which are no longer adhering to regulations and observing the necessary protocols, which is putting the lives of citizens in danger.

"It is important to note that many people among us, who have contracted the coronavirus do not have symptoms, yet could unsuspectingly infect others," said Ntombela.

“Our most important duty now, in dealing with this pandemic, is to ensure that we do not experience a new, rapid surge in infections, which will result in what is called a ‘second wave’ or resurgence of infections.​"

North West premier Prof Job Mokgoro has shot down speculation that he sought medical treatment in another province due to the substandard condition ...
News
1 year ago

Mineral resources and energy minister Gwede Mantashe has been admitted to hospital days after testing positive for the novel Covid-19.
News
1 year ago
Next Article