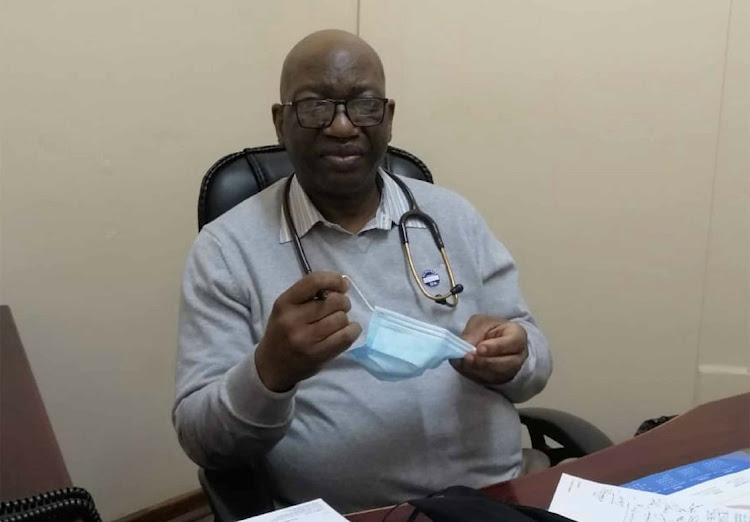 The recent spike in Covid-19 cases has been attributed to “bad behaviour” and people no longer adhering to health regulations.

The Eastern Cape has the fourth-highest number of cases in SA.

A total of 3,283 people have now died in the Eastern Cape due to Covid-19 related complications.

On Sunday, health minister Zweli Mkhize said 1,575 new cases were confirmed and the number of recoveries was now 623,765, which translates to a recovery rate of 90%.

“Regrettably, 58 deaths were recorded in the Eastern Cape, 38 in the Free State, four in KwaZulu-Natal, six in Gauteng and one in the Western Cape. This brings the total number of Covid-19 related deaths to 17,780,” Mkhize said on Sunday.

“Of the 107 deaths reported today, four occurred in the past 24 to 48 hours — one in Gauteng, two in KwaZulu-Natal and one in the Western Cape.”

Health department special adviser Dr Bevan Goqwana, who is assisting the OR Tambo district’s joint operations centre, told SowetanLIVE sister publication the Dispatch on Monday that people’s behaviour was causing  the spike in infections as well as their  “misinterpretation” of alert level 1.

“People think that we are free to do as we please, but alert level 1 doesn’t mean that. It just means that the infection rate is much lower than what we saw earlier in the year,”  Goqwana said.

“As a result, when you walk in the streets you see people not wearing masks and walking close to each other.

“Drinking holes are open during weekends and people are there drinking, not paying attention to Covid-19 regulations. People don’t understand this virus is still within our midst.”

Goqwana said though the statistics indicated a spike, it was still unclear whether there would be a second surge in infections.

“Things are much better now because of the warm temperatures. The virus is not too active in warm conditions but it’s still spreading, so people must continue to protect themselves.

“Level 1 of the lockdown was meant to help resuscitate the economy.

“The fact that recoveries stand at almost 90% gives us hope. But people must take the next person as Covid-positive until proven otherwise.”

Goqwana warned if Covid-19 was still prevalent next winter, “we will be in big trouble”.

Big jump in recent Covid-19 deaths due to reconciling of data: Mkhize

On Friday, DispatchLIVE reported that authorities in the Eastern Cape were looking to lift a suspension on traditional circumcision rites after the entire winter season was suspended because of Covid-19.

Goqwana said with the spike in positive cases this was not advisable, but if authorities decided to move ahead with lifting the ban it had be to be strictly regulated.

“I don’t think we are ready. It will be impossible to keep social distance inside ibhoma [hut] and if one person gets infected there, they will spread the virus because there’s no ventilation.

“ People have to share alcohol there sometimes and that will need to be regulated as well.”

He added that the government was still struggling to control circumcision-related deaths in the mountains and that reopening the traditional rite would be a disaster.

An inquiry was sent to provincial health department spokesperson Siyanda Manana but at the time of writing on Monday no response had been provided.

Deputy public protector Kholeka Gcaleka is in KwaZulu-Natal visiting a number of health-care facilities and public schools as part of investigations ...
News
1 year ago

A new report suggests that SA-based companies may have had a hand in supplying the black market during the country's Covid-19 cigarette ban.
News
1 year ago
Next Article