Another Durban protest as Wentworth community calls for more housing 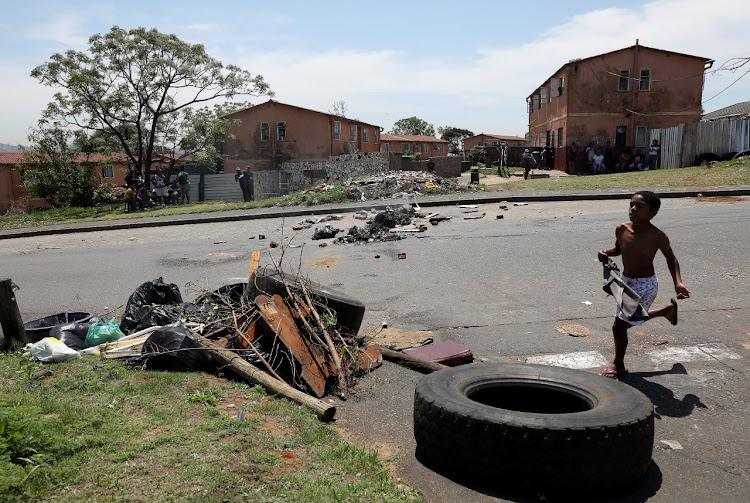 Community members blockaded parts of Austerville Drive on Tuesday with rubble and debris, calling for the immediate intervention of the department of human settlements and public works regarding the allocation of houses in Wentworth.
Image: Sandile Ndlovu

Residents of Wentworth, west Durban, are up in arms over the process in which people are allocated houses. They claim that protocols and processes are not being followed.

It was the second straight day of protests in KwaZulu-Natal's biggest city, after KwaMashu residents took to the streets on Monday.

On Tuesday, dozens of community members protested on the corner of Austerville Drive and Goede Hope Street, calling for the immediate intervention of the provincial human settlements and public works department.

The latest unrest was  after a woman was allocated a house in the area despite her name allegedly not being on a waiting list.

A resident, who did not want to be named, said department officials were not following protocol in terms of the allocation of houses.

The woman said the housing adjudication committee (HAC) was failing to do its job as its members were not part of the community.

“HAC has people from Newcastle, Vryheid, Dundee and all these other places on their committee but no one from Wentworth, yet they want to allocate houses to people from our area? They don't know this community, they don't know who the people are who desperately need these homes.

“There is a girl from our community who had to go to Umlazi and live in the hostel there because she couldn't get a unit here,” the woman said. 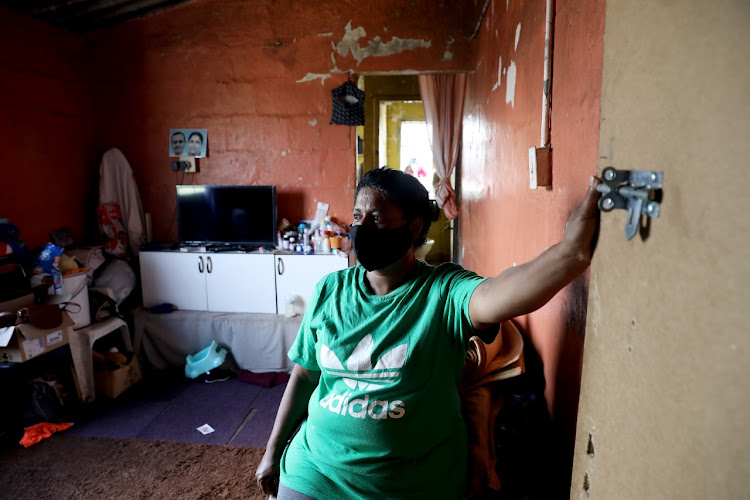 Theresa Warren, 50, was told that she was illegally occupying one of the units.
Image: Sandile Nldovu

Theresa Warren, 50, said she had been served with an eviction notice earlier this year and was told that she was illegally occupying one of the units.

“I was shocked. They told me that I had to move out. I have been in this community for years and have been on the waiting list for about 25 years.”

She said she had previously been living in a small Wendy house with her two children and two grandchildren.

“The community put me into this flat, I didn't do this on my own. They know who needs these homes the most. I'm a 50-year-old lady — whenever flats become available I apply but I always get turned down.”

She alleged that bribery was rife in the department of human settlements and that people would pay cash upfront to secure homes. 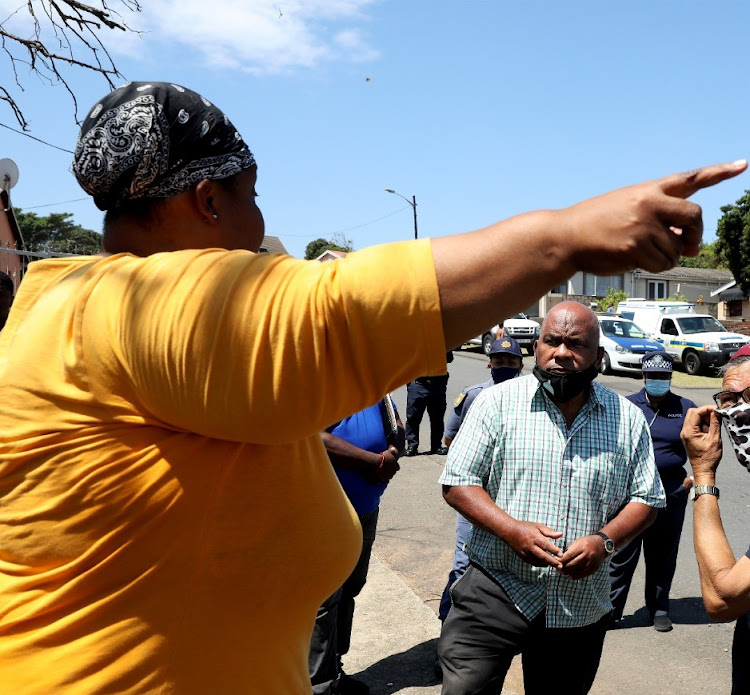 An angry resident raises her concerns with ward councillor Aubrey Snyman (right) in the presence of police on Tuesday.
Image: Sandile Ndlovu

The spokesperson for the provincial department of human settlements, Mbulelo Baloyi, said all the names considered by the HAC committee are received from the ward committee.

“The HAC committee considers applicants based on policy requirements. The committee comprises representatives from all relevant units within the departments, such as legal services, policy, risk management and property management,” he said.

While he admitted that the department was aware of the corruption allegations cited and of officials taking bribes, he emphasised that the community had provided no evidence to this effect.

“If they have evidence it should be brought to us so that we can investigate.”

In March MEC for human settlements and public works Neliswa Peggy Nkonyeni, together with a delegation from eThekwini municipality, visited the “apartheid-styled” one-bedroom units.

Local ward councillor Aubrey Snyman said he had raised the residents' concerns with the department, but to no avail.

The DA councillor claimed that engineers who were supposed to survey the structures never pitched despite his inquiries with the human settlements department.