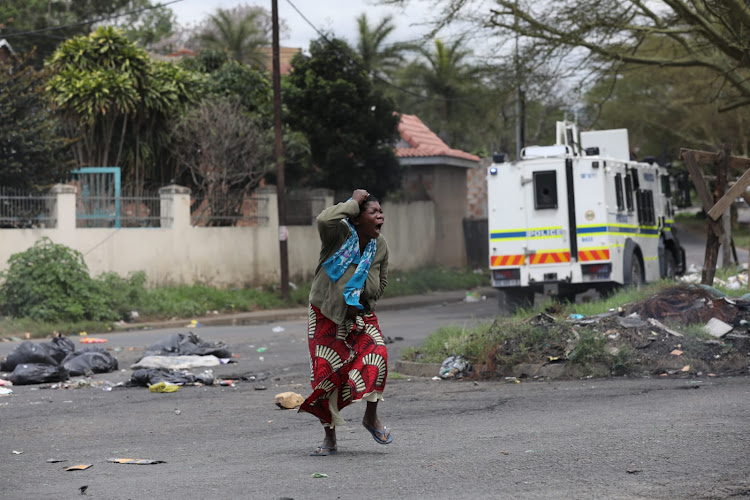 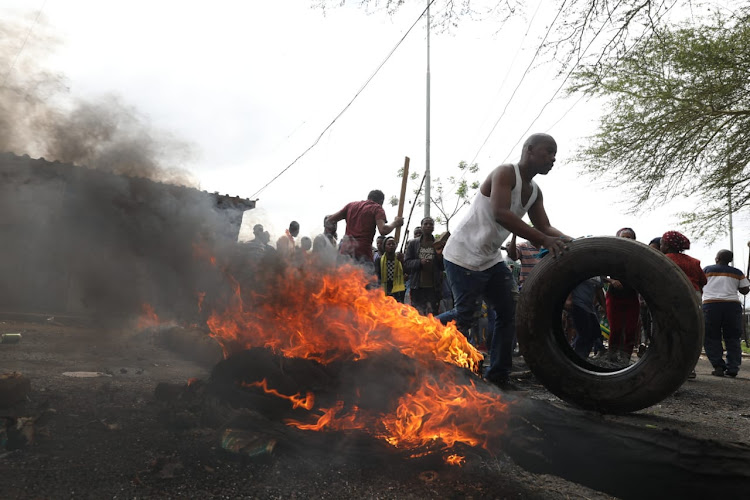 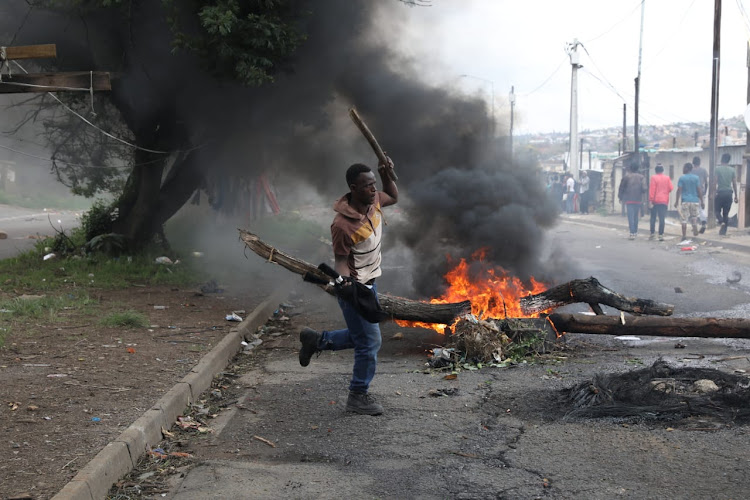 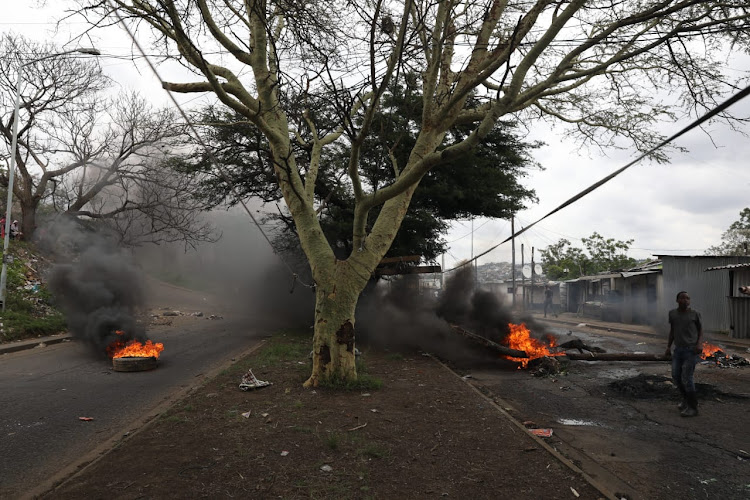 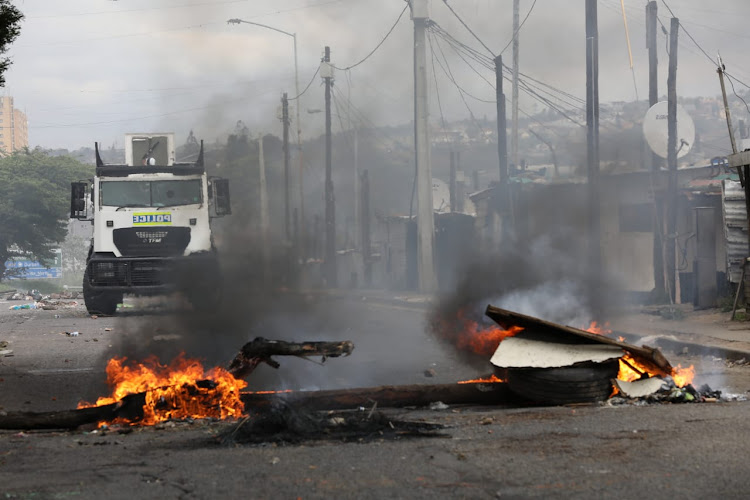 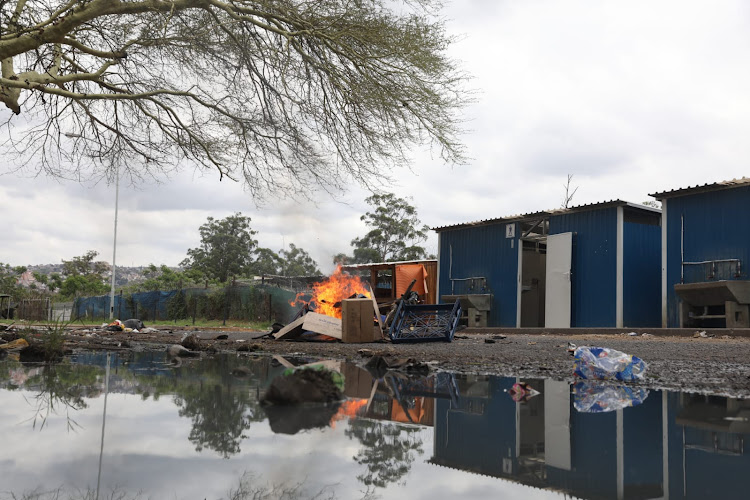 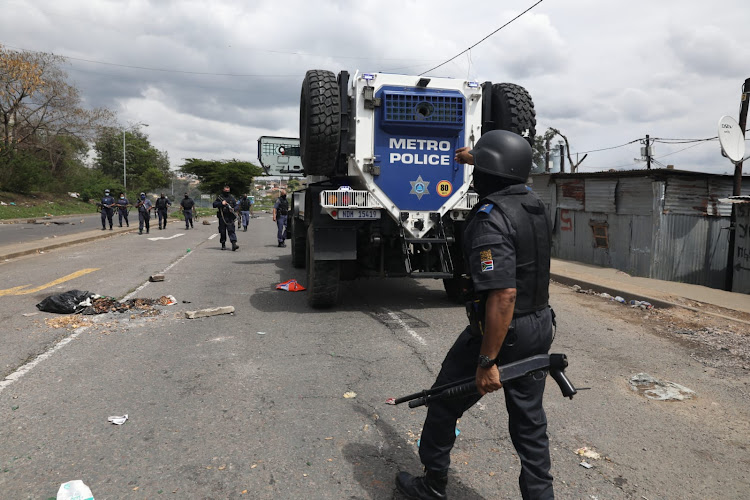 A Durban metro bus has been torched, several vehicles damaged and 10 people arrested during a service delivery protest at an informal settlement near the M19 highway on Monday.

Residents of an informal settlement on Quarry Road near Reservoir Hills, west of Durban, blockaded roads on Monday to protest about the state of their communal toilets and permanent housing they say they were promised.

"We have had a problem with the toilets for 10 years. They don't work. We have been complaining but have not received help," said resident Chester Nakheni. 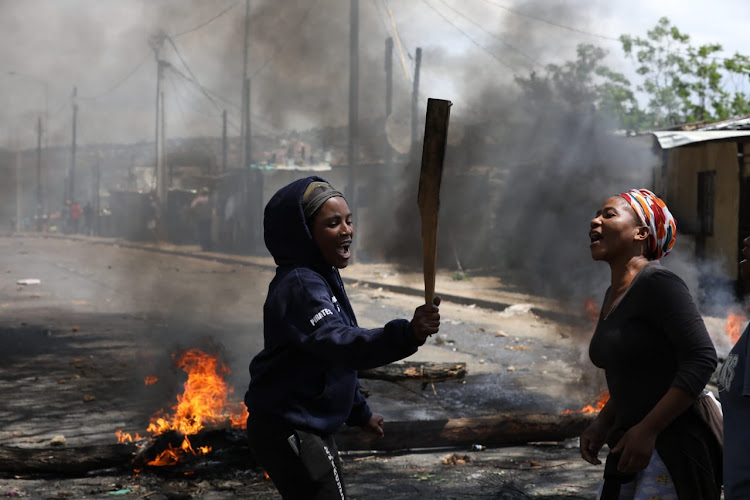 Angry residents claim their issues have not been addressed for many years.
Image: Sandile Ndlovu

"We also share a bathroom with women, and that is a problem. For years there have been complaints that women are abused and raped. We have been speaking to the councillor about the matter but nothing has been done."

Nakheni said they were promised houses and had even been shown the site for their construction.

"When there was a flood, more people came to live here. The mayor came here during a protest, I don't remember which year, and we were promised houses. Now we are being told the houses will go to people on Kennedy Road," he said. 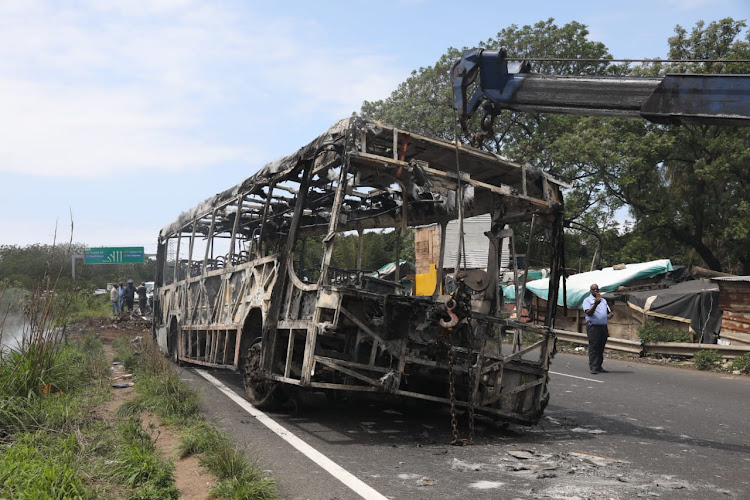 A metro bus was set on fire during protest action in Durban on Monday.
Image: Sandile Ndlovu

"A police vehicle and other vehicles have been damaged by the unruly protesters. A metro bus has been set alight. Public order police and local police are at the scene to monitor and stabilise the situation," she said.

Gwala said the 10 suspects who were arrested were charged with public violence and would appear in court soon.

A supervisor of the bus driver who was brutally killed on Tuesday morning says he is heartbroken after he could not save Neho Motaung, who burned to ...
News
1 year ago
Next Article