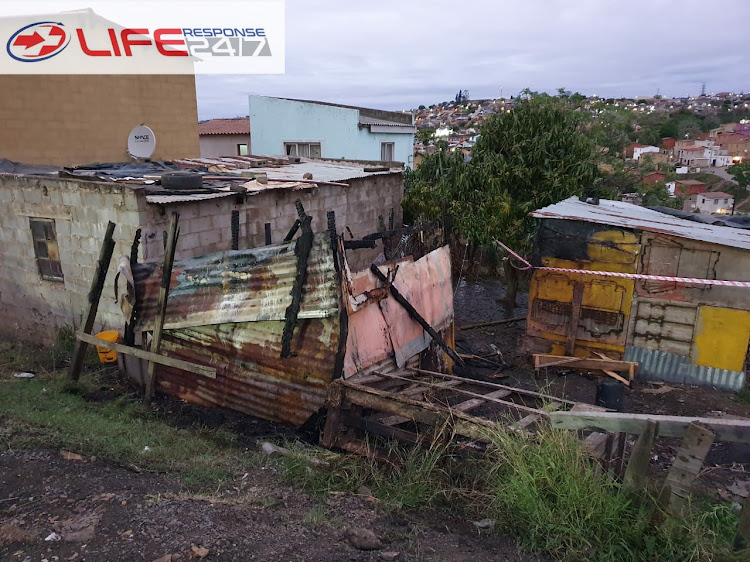 Four people were killed when their dwelling burned down in Newlands West on Sunday morning.
Image: Life Response

Four people, including two children, died in a fire in Newlands West, Durban, on Sunday morning after their house caught alight.

According to Life Response's Leon Fourie, paramedics were dispatched to a structural fire at 4.30am with reports that people were trapped inside.

When they arrived, the eThekwini fire department had already extinguished the blaze.

“Sadly, the fire took the life of a two-year-old boy, a five-year-old girl, a 24-year-old female and a 38-year-old male,” said Fourie.

Fourie said the cause of the fire was still unknown and that police were investigating.

A supervisor of the bus driver who was brutally killed on Tuesday morning says he is heartbroken after he could not save Neho Motaung, who burned to ...
News
1 year ago
Next Article