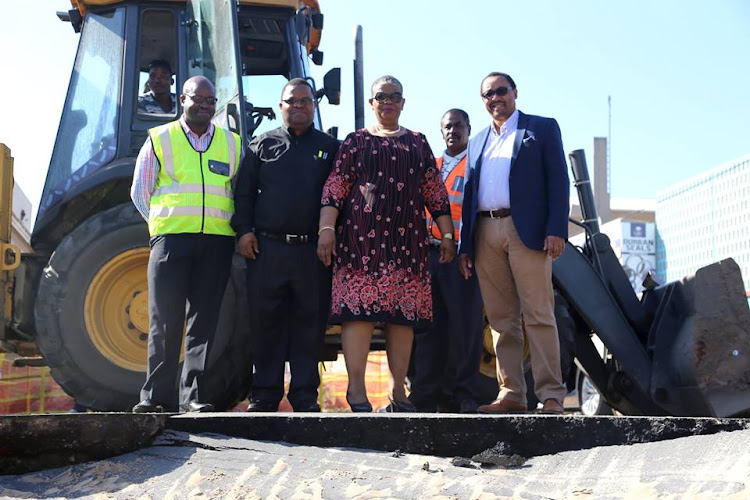 The portfolio committee on Cogta wants a plan of action for the troubled eThekwini municipality.
Image: File

A parliamentary committee has called for heads to roll over fruitless and wasteful expenditure amounting to nearly R3bn incurred by the eThekwini municipality.

The portfolio committee on co-operative governance and traditional affairs (Cogta) urged the municipality's leadership to immediately take action, saying it would set a bad precedent if the perpetrators were not brought to book.

Four years of frustration over the lack of water and electricity for a northern KwaZulu-Natal community reached a climax this week when residents dug ...
News
1 year ago

While it acknowledged there were 436 disciplinary hearings under way, the committee called for these to be speedily concluded and for the municipality to report back on the outcomes.

It also called on the city’s integrity and investigation unit to explain how it would catch up on 330 outstanding reports.

“The implementation plan should have clear timelines on operationalising recommendations made in the reports,” the committee said.

The committee also called for an update on the status of criminal charges against the city manager, Sipho Nzunza regarding the Durban solid waste tender deal.

These were just some of the problems within the municipality which included basic service delivery issues and not attending to water and sewage leaks.

According to information received by the committee, 56% of ward committees were not functional, leading to the undermining of the constitution which called for municipalities to encourage involvement of communities in local governance.

“The question we ask ourselves is how is the municipality able to develop its IDPs (integrated development plans) without functional ward committees?” asked Faith Muthambi, chairperson of the committee.

She questioned how the municipality had employed highly skilled people yet provided inadequate services.

The committee also expressed concern at expenditure on security, including bodyguards for the mayor, deputy mayor, speaker and some ward councillors.

“While the committee acknowledged the problem of political killings in the province, it has cautioned against the excessive spending on security,” it said.