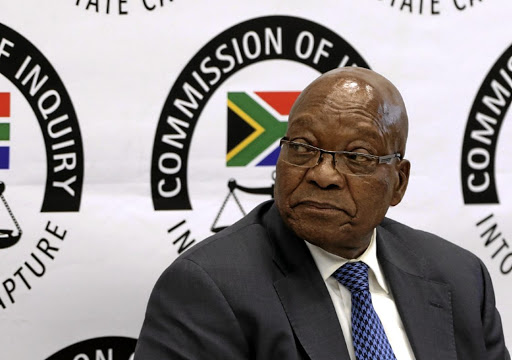 Deputy chief justice and chairperson of the state capture inquiry, Raymond Zondo, has granted an order authorising the issuing of a summons for former president Jacob Zuma’s appearance.

On Friday the commission brought an application asking Zondo to direct issuing the summons to compel the former president to appear before it.

“Having read affidavits before me, I’m satisfied that this is a matter in which I should grant the application. I am satisfied a proper case has been made out authorising the issuing of summons against Mr Gedleyihlekisa Jacob Zuma to appear before the commission at 10am on the 16th to the 20th of November 2020 in this venue on each of those days,” Zondo said.

Zondo directed the commission to sign and issue a summons requiring Zuma to appear and to include in the summons that if the former president wished to tender evidence virtually, he would be allowed to do so.

Earlier, advocate Paul Pretorius SC, the head of the commission’s legal team, argued that there were sufficient grounds for Zondo to issue the summons.

“The commission has issued over 2,500 summons. It’s not an uncommon mechanism.”

According to Pretorius, 34 witnesses had implicated Zuma.

He argued that Zondo had powers to call Zuma to answer to allegations.

“Where the commission believes that he has information that can assist the commission in its investigation, then I can force him to come,” Zondo said.

“He can’t say, 'leave me alone, I’m not interested in being heard by you',” said Zondo.

The deputy chief justice said he would be failing in his duties if, on information presented to him at the commission that implicates Zuma, he did not take steps to get him to testify.

Zondo said Zuma was entitled to appear before the commission to give evidence that contradicts the allegations levelled against him. Zuma could also apply to call witnesses who can corroborate his version of events.

Zuma had previously told the commission that he would not be able to appear before it because he was preparing for his criminal trial.

This reason, Zondo said, was not good enough for him to not make himself available for the commission.

Zuma, Zondo said, should instead ask the court for more time to allow him to prepare for the commission.

“That is not a good enough reason for him to not come to the commission. The reason for the issuing of summons is for Mr Zuma to come and give evidence,” Zondo said.

Former President Jacob Zuma wants deputy chief justice Raymond Zondo to recuse himself as the chairperson of the state capture commission of ...
News
1 year ago