'We will act without fear or favour': Joburg mayor promises action on PPE corruption 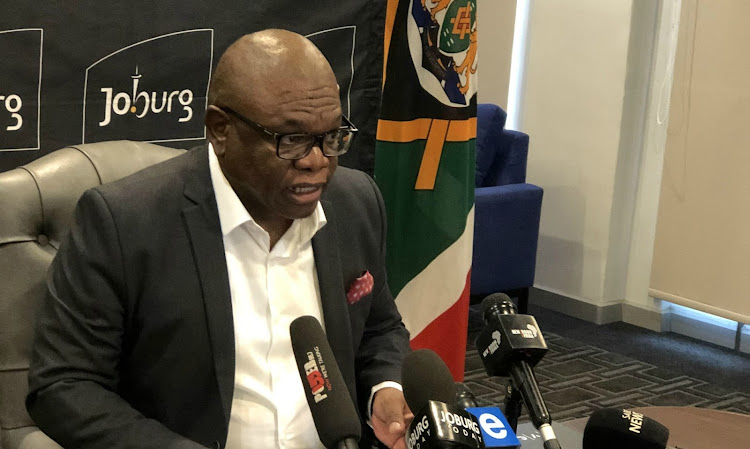 The executive mayor of Johannesburg Geoffrey Makhubo has issued a stern warning to those implicated in the fraud and corruption regarding PPE in the city.
Image: Sisanda Aluta Mbolekwa

Johannesburg mayor Geoffrey Makhubo has issued a stern warning to those implicated in the fraud and corruption involving personal protective equipment (PPE), saying action will be taken.

He expressed the sentiments on Thursday as he vowed to publicise the outcome of an internal audit report on Covid-19 procurement as soon as it is made available.

“Where there is evidence of wrongdoing, we will act - and do so relentlessly. We will display a shift from what the auditor-general termed a ‘lack of consequence management’ by the previous administration,” said Makhubo.

“The fraud and corruption alleged in the procurement of PPE must be vigorously condemned and our actions will be without fear or favour to those fingered.”

He welcomed a decision by the city to call for a date on which the report would be tabled and considered.

“As we stated before, the mayoral committee has received a presentation on the draft report and has given the administration a deadline of Thursday October 8 to respond to the issues raised and for the internal audit to resubmit a final report,” he said.

He said this was in terms of the internal audit standards, which require that those implicated in preliminary findings be afforded an opportunity to respond to the findings before an outcome is made and released.

Makhubo reaffirmed that the intention of his office was to provide a copy of the final report to council, accompanied by a plan of action on its recommendations once finalised.

“We will deal with the matters arising from the report swiftly and decisively,” said Makhubo, emphasising a commitment made last week to keep the people of Johannesburg informed and ensure consequences for those found in the wrong.

“We are a transparent government and we seek to demonstrate this through action on our commitment to good governance and practice. We have stated previously and wish to reiterate it once more that the government of local unity is intolerant to corruption and malfeasance.”

The bank account of Gauteng health MEC Dr Bandile Masuku is one of the 44 accounts that will remain frozen until matters are finalised by the Special ...
News
1 year ago

Gauteng premier David Makhura has placed the head of the provincial department of health under precautionary suspension with immediate effect.
News
1 year ago
Next Article