Information Regulator wants more money, or it can't do its job 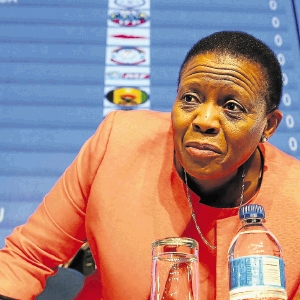 The Information Regulator is underfunded, and will not be able to implement its mandate, its CEO says.

The regulator is an independent body empowered to monitor and enforce compliance by private and public bodies with the provisions of the Promotion of Access to Information Act (Paia) and the Protection of Personal Information (Popi) Act.

Regulator CEO Marks Thibela addressed the parliamentary portfolio committee on justice and correctional services on the regulator's performance for the fourth quarter of 2019/20 and the first quarter of 2020/21. He raised concerns about underfunding during the meeting.

Thibela said when new institutions, such as the regulator, were established, the functions they perform would have been performed by a government department where there would be a transfer of resources on takeover.

“This is a new function. We start from scratch,” Thibela said, referring to the regulator's role as the enforcer of Popi.

He said the regulator's role in ensuring compliance with Paia — though this function was currently with the SA Human Rights Commission — would, as it stands, not receive any budget transfer when the regulator takes over the function on June 1 2021.

The commission currently has R1m to monitor compliance with Paia.

“This places pressure on the regulator,” Thibela said.

Thibela said of the total budget of R31.2m for the regulator, the expenditure incurred was R22.4m.

“The underspending was for compensation of employees. We advertised positions during January and March. When we were busy with the process of shortlisting, lockdown started” Thibela said.

He said the regulator had fast-tracked the process of getting key employees when the lockdown was eased.

Thibela said the underspending on goods and services was also linked to the lockdown.

Regulator chairperson Pansy Tlakula said a meeting which had been planned with the deputy ministers of finance and justice did not take place.

“We have since written to the minister of finance. We have had a meeting with Treasury. Treasury came to us a day before yesterday seeking clarification about the presentation we made to them about funding. We are crossing our fingers. We remain hopeful,” Tlakula said.

ZANELE KUNENE: Set a new money tradition for the next generation

Are your lifestyle and family needs far too demanding to consider long-term financial planning? So many people hold doubts about the future, which ...
Business
1 year ago

Cosatu says it will  fight any plans to shift money from the coffers of Prasa  to fulfill government's commitment of at least R10-billion bailout for ...
News
1 year ago
Next Article