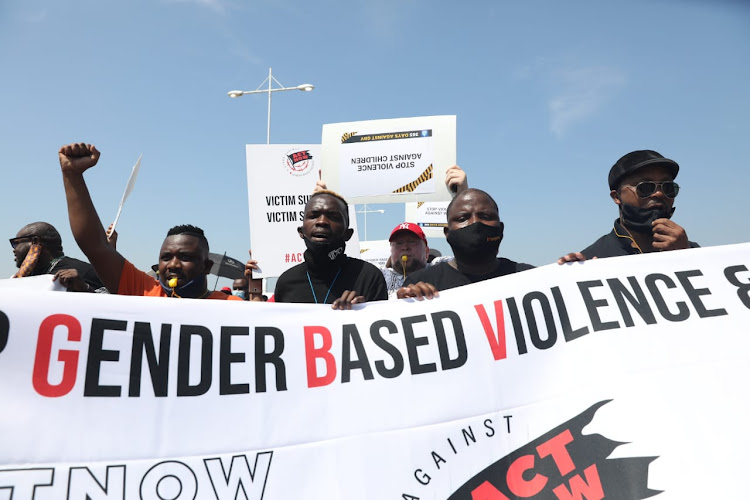 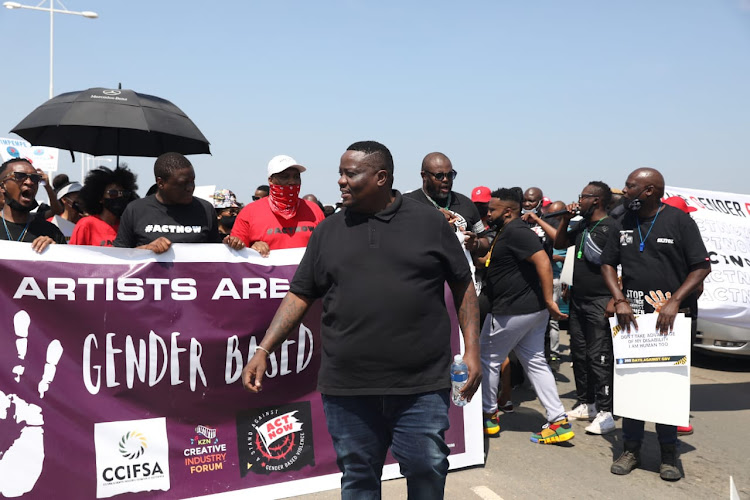 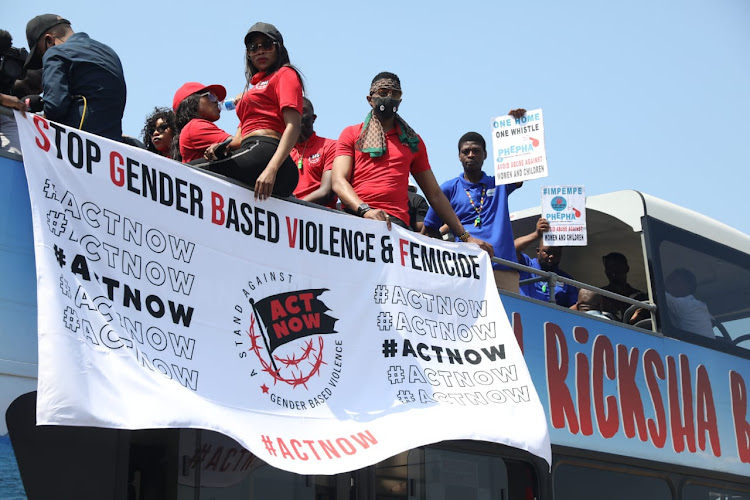 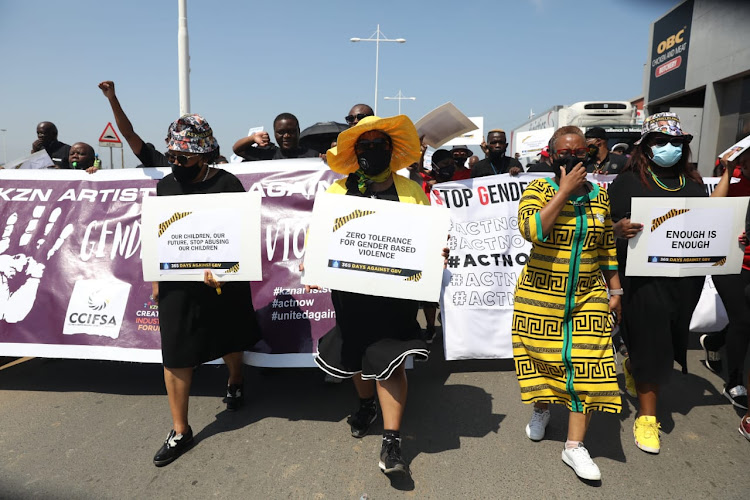 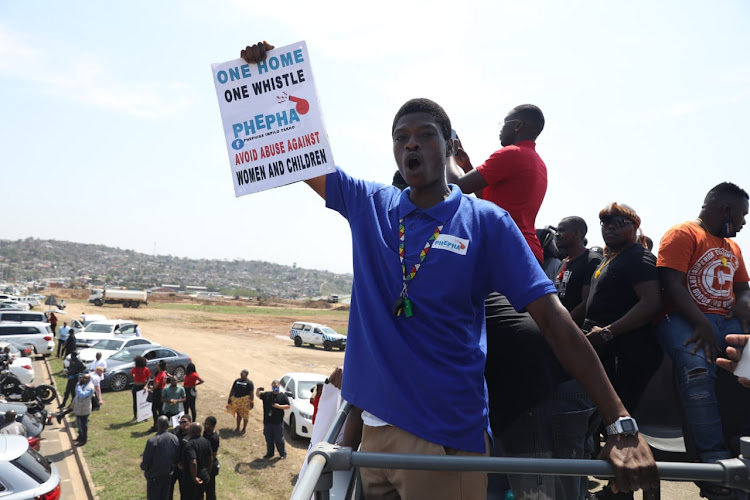 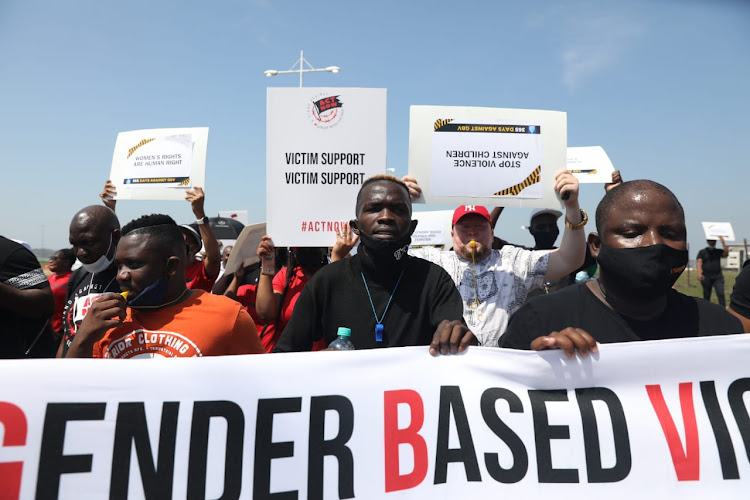 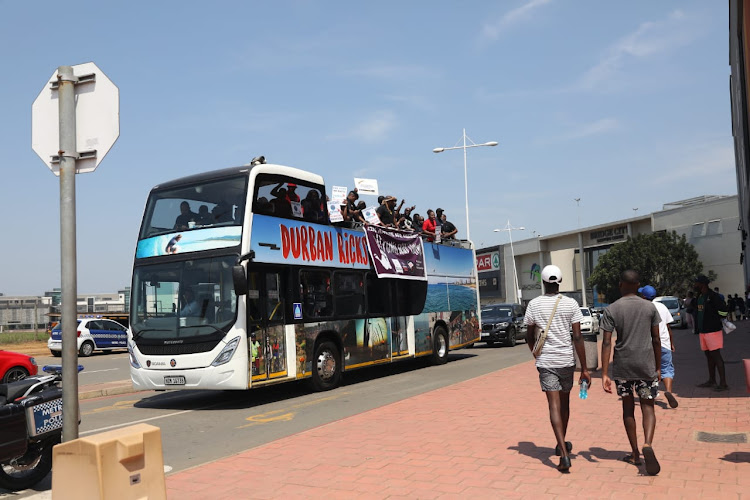 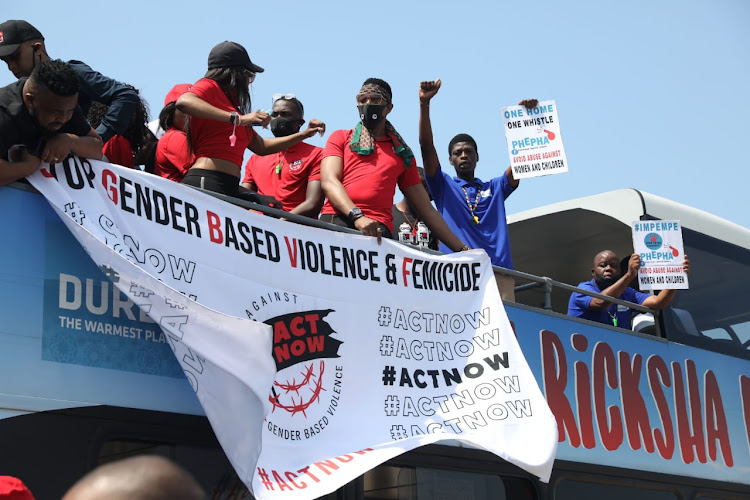 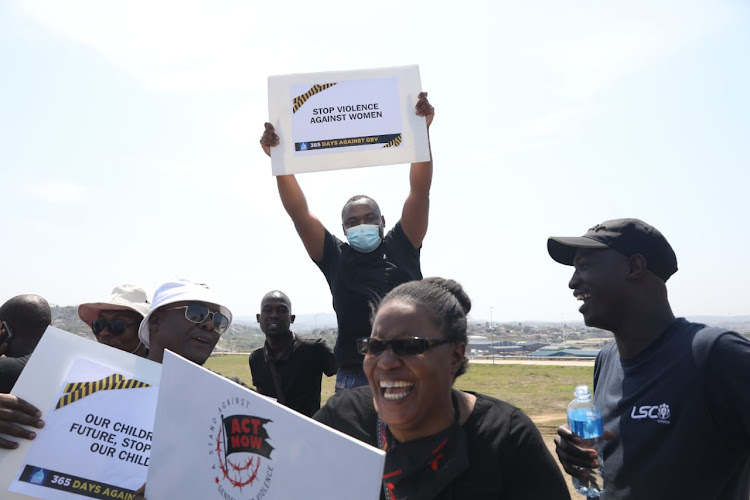 KwaZulu-Natal artists and creatives took to the streets of KwaMashu, north of Durban, on Thursday in a bid to create awareness about the scourge of gender-based violence after a spate of harrowing murders in the area.

Last week the bodies of Erin King, 18, from Newlands East and Xolile Mdletshe, 15, from C Section in KwaMashu were found in bushes on Sigede Road with gunshot wounds to the head.

The gruesome discovery came days after the body of four-year-old Sanelisiwe Mhlongo was discovered behind a tree just metres away from her home in the area.

Mhlongo's 15-year-old uncle is alleged to have made a full confession to his family and police, allegedly saying he had raped the toddler before stabbing her to death.

Local artist and organiser of the march, Tzozo, said the discovery of the three bodies had shocked the community.

“As artists we have a social responsibility to take a stand against the ills of society. Before we are artists we are part of society and these communities. These are our sisters, our girlfriends and daughters - it has to stop,” he said.

Tzozo said at least 100 people were part of the march and motorcade in the township, but this number quickly grew as the public gravitated towards their favourite actors and musicians.

“We were 100 people and now there are about 300, with 90 vehicles as well. We met at Bridge City and we marched to the four-year-old victim's home where we left food and blankets. We have one voice, our voices can and must be heard.”

He said they would move on to Mdletshe's home to visit her family.

MEC for economic development and tourism Nomusa Dube-Ncube, as well as member of the provincial legislature Zinhle Cele and eThekwini Speaker Weziwe Thusi were also present during the awareness drive.

Double blow for family as boy, 15, held for rape and murder of niece, 4

The family of a slain four-year-old KwaMashu girl is grappling to come to terms with the fact that she was allegedly killed by her 15-year-old uncle, ...
News
1 year ago

Neighbours said they had heard screams for help before witnessing the attacker, who is known to the community, flee on foot.
News
1 year ago
Next Article