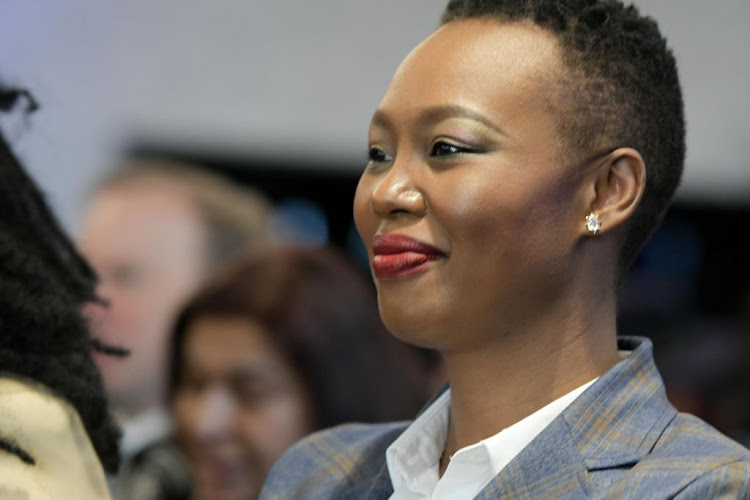 Communications and digital technologies minister Stella Ndabeni-Abrahams has called on anyone who has evidence that she has interfered in the procurement processes of the SA Post Office to report her to law enforcement authorities.
Image: Gallo Images/Jeffrey Abrahams

Communications and digital technologies minister Stella Ndabeni-Abrahams said reports that she and her family members were interfering in the procurement processes and decisions of the SA Post Office (Sapo) were “baseless and unfounded”.

In September, IOL reported that Ndabeni-Abrahams had fired a post office board member after allegations that he was doing business with her husband, Thato Abrahams.

According to the publication, the board member was forced to resign “soon after Ndabeni-Abrahams received an SMS relating to business dealings with her husband”.

At the time, her spokesperson Mish Molakeng said in response to a TimesLIVE query that the official resigned and was not fired.

“The board member mentioned in the article resigned long before the meeting, citing personal reasons," said Molakeng.

Speaking at a media briefing on Tuesday, Ndabeni-Abrahams said: “As a minister, I am more than willing to be held to account. However, with every crucial mandate comes serious responsibility and accountability”.

She described the allegations as "frivolous and baseless".

“It is clear the attack is not only malicious and meant to be defamatory, but the attacks are systematic. I wish to categorically state that all these allegations are baseless, unfounded and devoid of any truth.”

She said the engagements she had with the post office board were within the parameters of the law.

“The law requires me to engage the board of the post office and others for which I’m responsible on management issues from time to time.

“I state firmly that in these engagements we have never discussed the appointment of service providers, as reported."

She said she had, following the media reports, voluntarily appeared before the integrity committee.

“I requested to appear [before the committee], and I hope they will announce their comments and observations from our interaction.”

“It is important that if we want to expose the rot in our government and deployees, we do so accordingly. Gunning for media headlines does not solve the problem of corruption, but us acting responsibly like patriotic citizens is what will help us combat corruption,” she said.

"If you have evidence of Stella Ndabeni-Abrahams bringing service providers and instructing any agency under a portfolio for which she is responsible, go to the law enforcement agencies. We should not be gossiping,” the minister said.

Communications and digital technologies minister Stella Ndabeni-Abrahams’ WhatsApp account has been hacked, her department said on Monday.
News
1 year ago

Those who hacked communications and digital technologies minister Stella Ndabeni-Abrahams’ WhatsApp found “naughty” messages between herself and her ...
News
1 year ago
Next Article