Have you seen this man? He is wanted by the Hawks over RDP housing scam 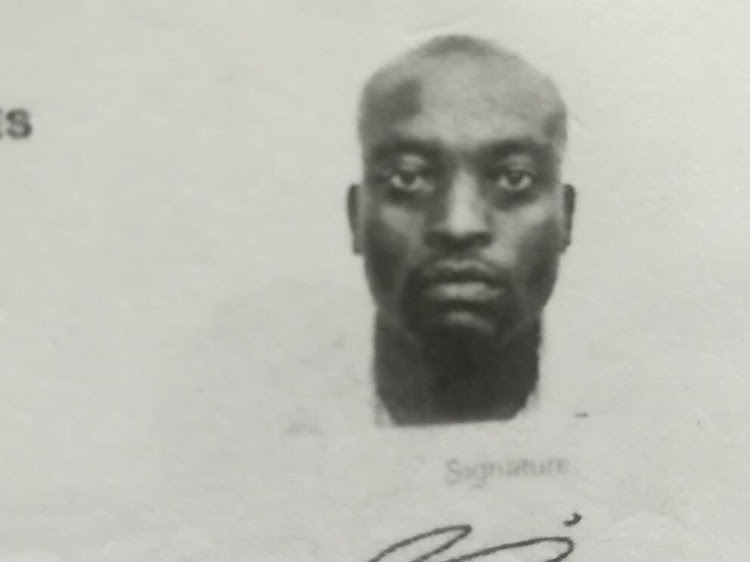 The Hawks in Mpumalanga are looking for a man identified as S'fiso Johannes Khumalo.
Image: Supplied

The serious commercial crime investigation unit of the Hawks in Mpumalanga is looking for a man identified as S'fiso Johannes Khumalo, the unit said on Tuesday.

Hawks spokesperson Capt Dineo Sekgotodi said they believe Khumalo has valuable information in the ongoing investigations into Rockdale Reconstruction & Development Programme (RDP) houses fraud case. The 40-year-old is alleged to have received more than R700,000 from applicants for RDP houses in Middelburg in October 2018.

“It is alleged that Sylvia Nyandeni, 43, an employee of the Steve Tshwete municipality, colluded with Khumalo to defraud applicants for RDP houses in Middelburg. Nyandeni misrepresented herself as having the authority to receive money from the destitute applicants.

“The defrauded victims were given a bank account of Khumalo to deposit the funds which amounted to just over R700,000. The pair reportedly shared the proceeds.

“Nyandeni  and Khumalo were summoned to appear before the Middelburg magistrate’s court on July 24 2020. However, only Nyandeni managed to honour the court appearance, while Khumalo sent a sick note stating he was not feeling well.

“The court ordered that Khumalo appear alongside Nyandeni on the follow-up date which was August 20 2020 but he once again absconded,” said Sekgotodi.

A warrant of arrest was issued for Khumalo.

“Anyone with information about his whereabouts is urged to contact the investigating officer in the case, Sgt Amos Mahlangu on 071 481 3069 or contact Crime Stop 0860 010111 or by sending a tip-off via the MySAPS app. All information received will be treated with the strictest confidence,” said Sekgotodi.

Hiking attacks in the iconic Table Mountain national park reached unprecedented heights in 2018 when muggings turned to violent murders. 50-year-old pilot, Doug Notten, was stabbed to death by a ‘kind-eyed’ killer. 65-year-old Ian McPherson was stabbed to death a few hundred meters from a peaceful Fish Hoek suburb. This murder would lead to a suspect, Zimbabwean Blessing Bveni. We look at how the state says Blessing Bveni operated before he was arrested.

The seizure of properties, luxury cars and cash believed to be the proceeds of crime was in relation to Gumede's multimillion-rand fraud and ...
News
2 years ago

The ANC in Limpopo has defended premier Stan Mathabatha against calls by party's alliance Cosatu that he step down for being soft on corruption.
News
1 year ago
Next Article