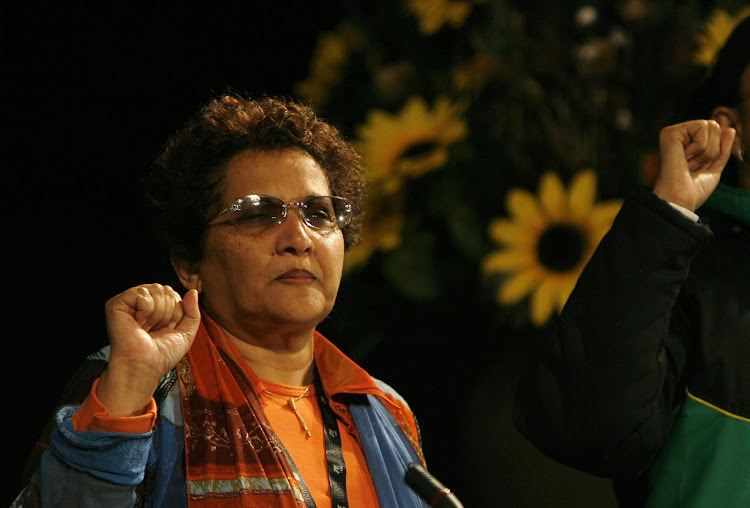 Igshaan Dangor, the chief director of finance in the military, died of Covid-19 complications on Sunday morning.

His death comes a month after that of his brother Achmat Dangor, an author and political activist. The pair are siblings of ANC deputy secretary-general Jessie Duarte.

Their brother Zane Dangor posted a tribute on Facebook, stating: "Go well Mkhonto. It’s with sadness that we announce that our brother Igshaan Dangor passed away due to Covid-19 complications. Shaan was a soldier of MK and served in the SA National Defence Force. Shaan is mourned by all of us, and especially by his wife Denise and his daughters Charne and Shoneez."

Japanese fashion designer Kenzo Takada, better known as Kenzo, who created his label in Paris in the 1970s, died on Sunday, the brand that still ...
News
1 year ago

Defence and military veterans minister Nosiviwe Mapisa-Nqakula said: "He served the department of defence (DoD) in a very distinguished manner and will be sadly missed by his colleagues, especially by the finance division."

The department said the former uMkhonto we Sizwe (MK) fighter underwent training in Angola, "even surviving an ambush in Quibaxe during those turbulent times in that country".

Dangor integrated into the military in 1994 when he returned from exile. He rose through the ranks of the DoD to become chief director: finance.

The ANC Greater Johannesburg Region said, "He was known as a comrade who loved the struggle and dedicated his entire life to the ANC."

Go well Mkhonto. It’s with sadness that we announce that our brother Igshaan Dangor passed away due to Covid...