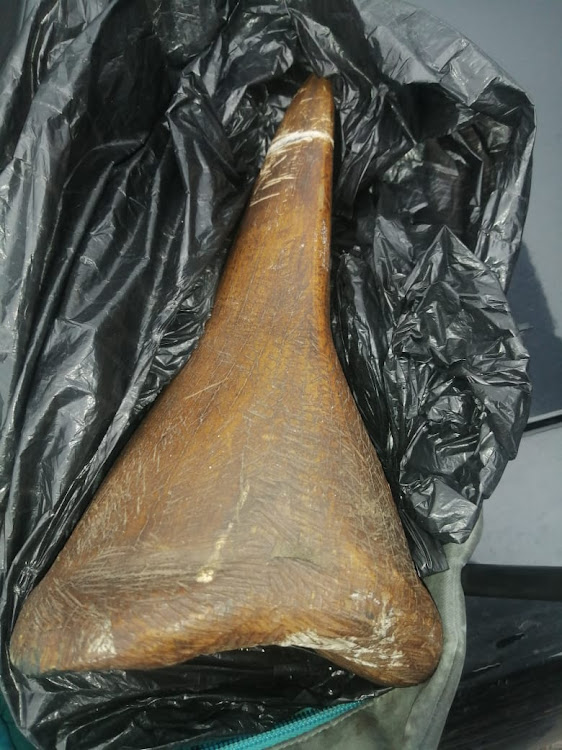 A 30-year-old man was arrested for possession of a rhino horn worth R1.2m. The man will appear at the Pietermaritzburg magistrate's court on Monday.
Image: Supplied

The SAPS Pietermaritzburg Flying Squad and K9 Unit arrested a 30-year-old man for possession of a rhino horn on Friday.

Police spokesperson Capt Nqobile Gwala said officers were busy with an operation when they spotted and stopped a black BMW vehicle on the N3.

“The vehicle was searched and a rhino horn, which weighed 1.2kg was found. The value of the rhino horn is R1.2m,” she said.

The vehicle that was used in the commission of the crime was seized.

The suspect was arrested and charged for possession of a rhino horn and will appear at the Pietermaritzburg magistrate’s court on Monday.

As international borders reopen, the government has warned game reserves around SA to prepare for a possible resurgence in rhino poaching. Because of this threat, hundreds of rhinos in game reserves in the North West have been dehorned to protect them from poachers.

A farmer in Middelburg, Mpumalanga, has been found guilty of selling five legal rhino horns without a permit.
News
1 year ago
Next Article