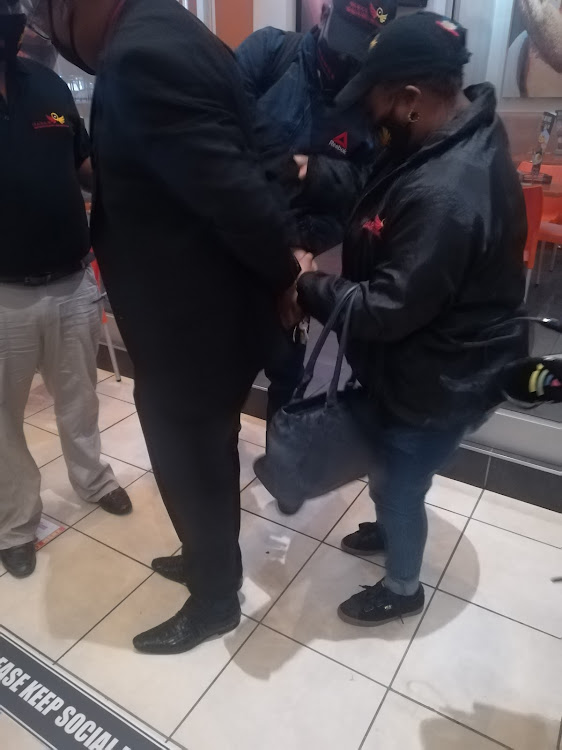 A 53-year-old senior official from the Molemole local municipality in Limpopo was arrested by the Hawks in connection with the theft of R4.8m.
Image: Supplied

A 53-year-old senior official from the Molemole local municipality in Limpopo was arrested by the Hawks' Serious Commercial Crime Investigation in Polokwane on Friday in connection with the theft of R4.8m.

Hawks spokesperson Capt Matimba Maluleke said the Hawks had received a tip-off in 2018 about the theft of money from the Makgatho Community Property Association by some of the committee members.

“The investigation revealed that between 2015 and 2018, the suspect was mentoring a community association and allegedly connived with other committee members of the association to award a farming tender to a company linked to his wife without following due processes.

“It was further revealed that the company never rendered any service to the community despite having received over R4.8m from the association,” Maluleke said.

The suspect will appear in the Polokwane magistrate’s court on Monday to face theft charges, Maluleke added.

“In the meantime, the Hawks are pursuing other suspects that are linked to the case.”

Acting Hawks provincial head Brig Thabo Ramela welcomed the arrest and warned  government officials that theft of public money would not be tolerated by the Hawks.

“No stone will be left unturned against those who continue to abuse their powers by stealing from the poorest of the poor. We will investigate without fear or favour and bring those who are implicated to book,” Ramela warned.

Corruption accused eThekwini city manager Sipho Nzuza is back at work despite a preliminary investigation finding overwhelming evidence against him, ...
News
1 year ago

The SACP in KwaZulu-Natal has thrown its weight behind President Cyril Ramaphosa’s anti-corruption crusade and endorsed the heartfelt call by the ...
News
1 year ago