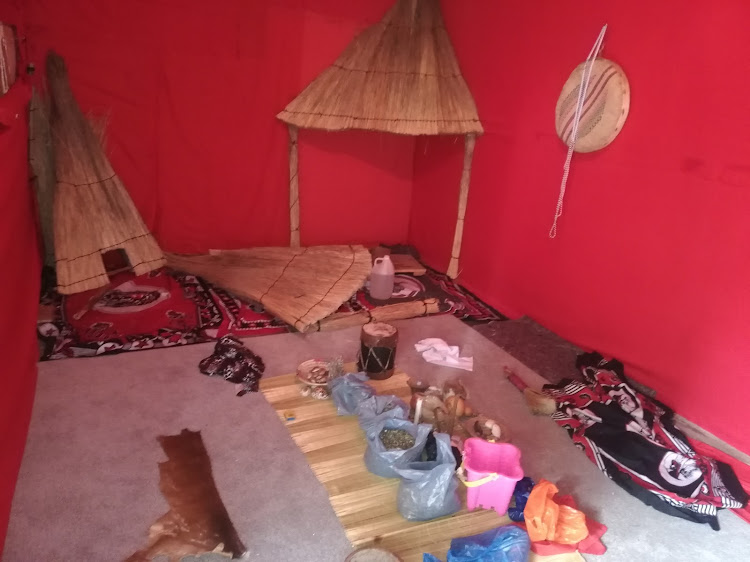 Con artists, cybercriminals and fraudsters are preying on the fear and anxiety of South Africans.
Image: Supplied

Con artists, cybercriminals and fraudsters are preying on the fear and anxiety of South Africans and whenever there's a crisis, they will try to exploit it, it seems.

That's the warning from the Hawks Serious Commercial Crime Investigation unit after it arrested three suspects aged between 31 and 39 at Lyttelton in Centurion, outside Pretoria on Thursday.

Nkwalase said the woman was allegedly invited for a spiritual cleansing consultation, for which she paid R1,000. She was later convinced to come back for more cleansing.

“The victim subsequently withdrew all her savings and parted with about R223,000 in cash that was then given to the syndicate with the belief that her ancestors would multiply the money into millions of rand,” Nkwalase said.

He said she later realised that she had been conned and reported the matter to the Hawks in Gauteng for investigation.

“The trio is expected to appear in the Pretoria Central magistrate's court on Monday to face charges of fraud.”

The Hawks appealed to the public to exercise vigilance while practising traditional and spiritual sacraments as fraudsters use these means to scam unsuspecting victims.

This comes just weeks after an Eastern Cape teacher was allegedly scammed out of his R656,000 pension savings after being promised “greater returns” by Malawian Kasenjera Bashir.

But Bashir’s career as a con man came to an end when he was convicted of fraud in the Port Elizabeth specialised commercial crimes court.

The 40-year-old was also convicted of contravening the consumer protection, immigration and prevention of organised crime acts.

Bashir lured unsuspecting victims through an advertisement in a local newspaper.

The teacher fell for the scheme in October 2017 and met Bashir several times. The fraudster performed rituals and made demands for more money in exchange for greater returns.

“The victim resigned to gain access to his pension money and handed over R656,000 in cash to Bashir in anticipation of great returns,” said Nkwalase.

Bashir was arrested in April 2018 and offered the arresting officer R100,000 to set him free. His case has been remanded to August 21 for sentencing.

A month ago, TimesLIVE reported on how desperate job seekers were roped into a scam by fraudsters who conned them out of hundreds of rand.

The alarm was raised after a woman who was promised a job paid the bogus recruiters R450, JMPD spokesperson Wayne Minnaar said.

Officers arrested the three women who posed as recruiters in their “office” on the seventh floor of a building in the Johannesburg CBD, Minnaar said.

He said piles of CVs, fake application forms and R7,140 in cash were found.

A computer, printer and four cellphones were seized.

Those that may have fallen prey and consulted with the alleged syndicate based in Lyttleton, Pretoria, should contact the investigating officer, warrant officer Don Barath on 082 319 9446.

The scammer claimed to have put both Rouge and Priddy Ugly on.
Pic of The Day
1 year ago

The 43-year-old veteran DJ and producer has reached pioneer status by being a key player in the shape-shifting genre that is kwaito — changing the ...
Entertainment
1 year ago
Next Article