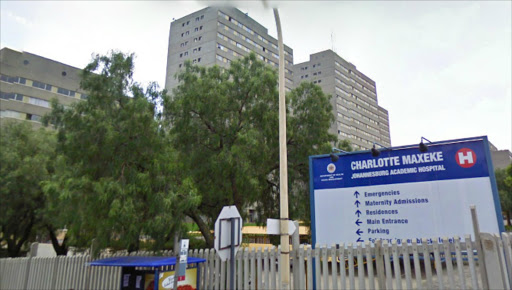 An alleged rape at Charlotte Maxeke hospital in Johannesburg is being investigated by the provincial health department.
Image: File photo

The Gauteng department of health is conducting an internal investigation into two allegations of rape at Charlotte Maxeke Johannesburg Academic Hospital and at the Stanza Bopape Community Health Centre in Tshwane.

Department spokesperson Kwara Kekana said the incident at Stanza Bopape took place on Thursday, where a male staff nurse is alleged to have raped a male patient.

“The staff member has since been suspended,” she said.

Both incidents have been reported to the police for further investigation.

She said counselling has been arranged for the affected patients.

The 9mm handguns, 47 bullets, two pepper sprays, two handcuffs, one SAPS reflector vest and a police cap were discovered at the vacant doctors' quarters, which are due to be renovated, by security officers during a routine patrol, according to the health department.

This comes amid a disclosure by the Gauteng health department that it spent R2.56bn on irregularly awarded hospital security contracts that were then irregularly extended on a month-to-month basis for four years.

In a written reply to a question in the legislature, acting health MEC Jacob Mamabolo said the contracts of 73 security companies that were appointed in October 2014 for a two-year period were extended month by month to the present day at a total cost of R2.56bn for the four-year extension.

The auditor-general warned the department two years ago about the irregular extension of contracts, but nothing was done to fix this.

DA MPL Jack Bloom said the contracts were extended though a forensic audit found irregularities and criminal charges were laid against the chairperson of the bid evaluation committee that awarded the contracts.

More than 280 community health workers contracted by the Gauteng health department have not been paid their latest salaries, says acting health MEC ...
News
1 year ago
Next Article