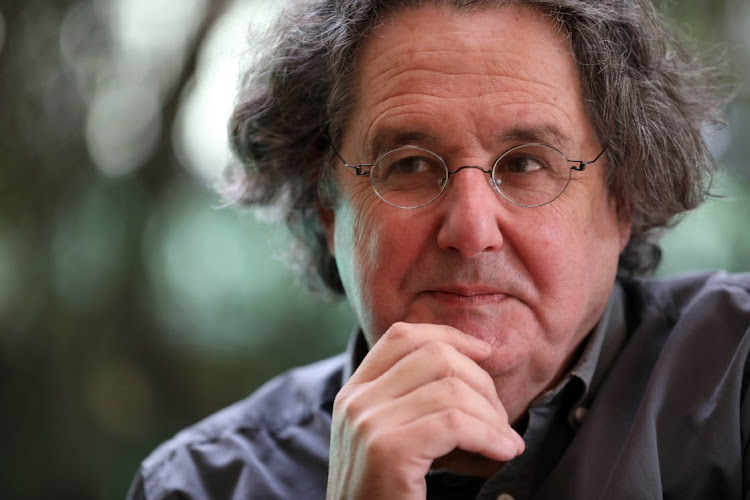 Anton Harber, South African Journalist ,during an interview with Sowetan at his house in Parkview , Johannesburg.
Image: ANTONIO MUCHAVE

The media remains the critical component for strengthening democracy, particularly in a country led by a majority government.

This is according to media expert Anton Harber, reflecting on the state of the industry in 2020.

Harber told Sowetan that journalists played a crucial role in exposing the injustices of the past and that role remains key in the democratic era.

Harber is one of the high-profile speakers who will take part in a colloquium scheduled for October 19, on the state of the media in SA. The colloquium has been organised by Sowetan in partnership with the Aggrey Klaaste Trust and is supported by Arena Holdings, Wits University, DM5 Attorneys and the SA National Editors Forum. The late Klaaste was the editor of Sowetan who championed the values of nation building in the newspaper and society at large.

“Strong majority governments like the ANC always threaten a critical media. You always have to fight to protect the space. That is why this colloquium is so important. We have to remember what happened to a society that doesn’t have free media,” Harber said.

“Democracy cannot exist without a free, open, critical media. The essence of democracy is that those who wield power, government in particular, are accountable to voters. The media plays a critical role in monitoring that accountability. You can’t make government accountable. You can’t act properly as a citizen deciding who [to vote for] and how to vote unless you have the information about what your options are.”

Harber joined The Post and Sunday Post in 1981. A strike for better working conditions at the two newspapers – black journalists were not paid the same as their white counterparts  – resulted in their closure..

After that strike, Sowetan was launched and Harber worked at the new publication. It was at that time that Harber met Klaaste, whom he still admires.

Thought leaders in the media industry will meet next month to reflect on the sector’s journey and its role in strengthening the country’s democracy.
News
1 year ago

South Africa needs to protect press freedom now more than ever as there are still stubborn resemblance of what the country used to be in its part ...
News
1 year ago

Harber described being a journalist in the apartheid-era as exciting, difficult and dangerous at the same time.

“We were dealing with very heavy censorship, rising levels of conflict that was going to lead to the uprising of 1983 and 1984. But it was constantly treading a difficult line in relation to the law. The people who ran the newspaper were trying their best to report what was going on. It was complicated. People were banned, people were being arrested, it was a tough time to be a journalist. On the other hand it was very exciting because the stories were extraordinary.”

He said nation building can be achieved by doing great journalism.

“We serve the nation by doing powerful, critical, in-depth, quality journalism – by giving citizens the information they need to become active citizens. It has to expose what is wrong and what is right.”

Over the past few months,  Covid-19 has resulted in a number of publications closing. Harber said journalism needs a new funding model to sustain itself.

“We need to find new ways to fund journalism. The old model of advertising revenue is broken. At the moment, a lot of the best journalism is paid for by foundations and philanthropists. Funded journalism at the moment looks more sustainable than the old commercial business model,” he said.