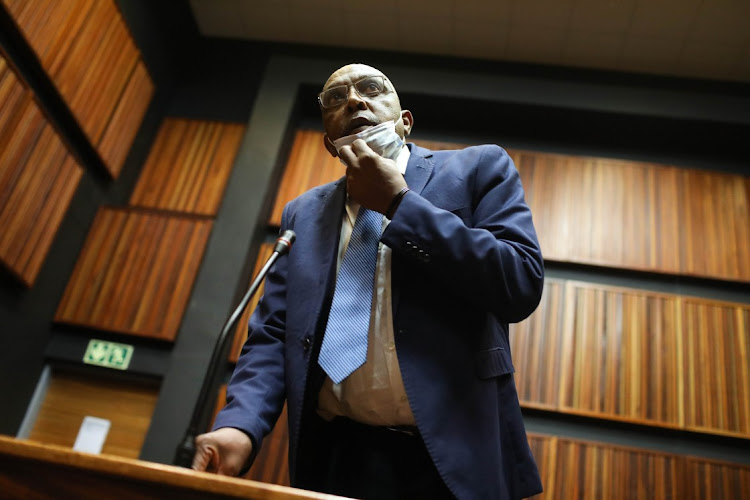 Former ANC MP Vincent Smith allegedly used his position as chairperson of the correctional services committee in parliament to shield Bosasa from scrutiny.

In its indictment against Smith, who is charged with fraud and corruption, the state alleges that he was in a quid pro quo relationship with Bosasa where they paid him “both for what he would do and for what he would not do while serving in his position as a member of parliament”.

He is being charged with corruption and fraud for which he was granted a R30,000 bail at the Johannesburg specialised commercial crimes court sitting in Palm Ridge.

The state alleges that Smith was paid at least R800,000 in services and tranches of money between 2014 and 2016 for protection against concerns raised by the committee he chaired relating to Bosasa’s contracts with the department of correctional services.

Bosasa received four contracts with the department of correctional services between 2004 and 2006 to a tune of R1bn for nutritional services, access control, fencing and television.

A report by the Special Investigating Unit (SIU) in 2009 found there were acts of corruption in a manner the contracts were awarded.

Former ANC MP Vincent Smith has handed himself over at the Alberton police station and is due to appear in the Palm Ridge court on charges ...
News
1 year ago

The report implicated Bosasa employees – including Smith’s co-accused in this matter known to the Sowetan – former national commissioner of the department of correctional services, Linda Mti, and the former chief financial officer of the department, Patrick Gillingham.

The SIU recommended that the department of correctional services take legal action to recover the money. However, this contract continued for at least 10 years after the release of the report.

According to the state, Smith failed to act on this report as the chairperson of the portfolio committee on correctional services which has an oversight role on the department.

The state alleges that Smith was initially concerned with the SIU report and “expressed horror at the findings” but his tone changed after taking over as chairperson in 2009.

“Committee meetings in the latter part of the Fourth Parliament and the first few years of the Fifth Parliament reveal Accused 1 [Smith] as having shifted in his attitude, not taking up concerns about Bosasa when they were raised in meetings by other members,” the indictment reads.

The state further alleged that Smith was handsomely rewarded by Bosasa for not acting against them in parliament.

“Accused 1 was incentivised by the gratifications he received from Bosasa and/or Accused 3 and/or Gavin Watson, both for what he would do and for what he would not do while serving in his position as a member of Parliament.

“His inaction amounts to an incomplete or biased exercise of his powers, duties and functions arising out of his legal obligations as a parliamentarian, a breach of trust, a violation of his legal duties and/or an improper inducement to do or not do anything, as contemplated in section (7(1) of PRECCA,” the indictment read.

The state also alleged that from October 2014, Smith started receiving gratification from Bosasa, firstly by having its employees install an electric fence and “internet protocol” at his house to a tune of R200,000 which he never paid for.

In July 2015, a Bosasa employee was instructed to deposit over R276,000 to Smith’s company Euroblitz 48 for his benefit.

In August 2016, Smith’s co-accused in this matter – a former senior Bosasa employee who cannot be named before he appears in court – instructed an attorney to  pay over R395,000 to Smith’s company under reference “car accident settlement”.

“The aforementioned gratifications were corruptly given and received as improper inducements in furtherance of an ongoing scheme to influence Accused 1 to use his office and/or position in Parliament and/or his political influence to the advantage of Bosas and/or Accused 3 and/or Gavin Watson,” the state alleges.