WATCH | Shots fired as police and protesters clash over evictions

Residents of Lawley, south of Johannesburg, took to the streets on September 28 2020 to protest against possible evictions by the Johannesburg municipality Picture: Thapelo Morebudi/The Sunday Times

Communities in the south of Johannesburg took to the streets on Monday morning to voice their frustration about possible evictions in the area.

Johannesburg metro cops and the police were out in full force in Lenasia South and Lawley early on Monday to contain protesters. Roads in the area were blocked with burning tyres, bags with rubbish, rocks and tree branches. Officers fired rubber bullets to disperse the crowd.

By midday on Monday, traffic was flowing but some roads were still being lined with rubbish and rocks. Heavily armed officers and police nyalas stood on the side of the road. 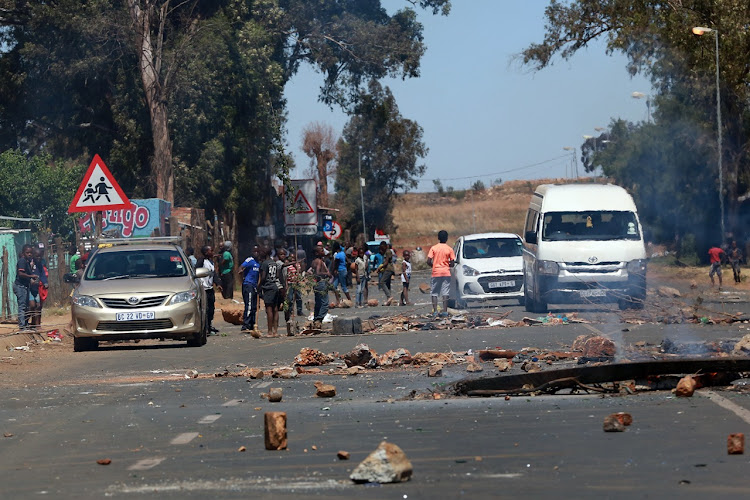 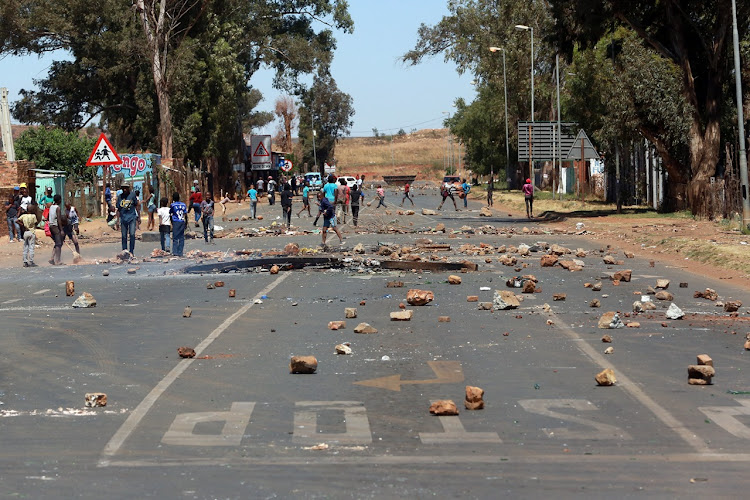 Children were removing some of the rocks as motorists were driving past.

Ennerdale ward 7 councillor Danny Netnow told TimesLIVE that the protests erupted after unconfirmed reports about possible evictions in the area. Netnow said the people were also unhappy about water and electricity cuts in the informal settlement.

He said schools had been closed after the protests around Ennerdale.

In recent months, the Red Ants have demolished scores of illegally erected dwellings — some made of brick and mortar — in the area, under instruction from city officials.

Johannesburg metro police officers and the police were out in full force in Lenasia South and Lawley early on Monday to contain protests.
News
9 months ago
Next Article