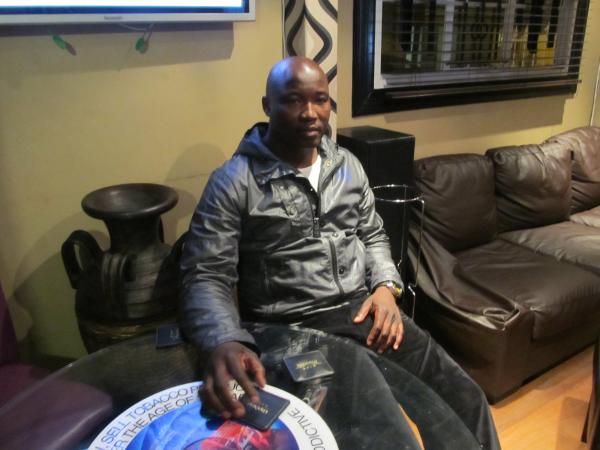 The owner of a popular tavern in Gugulethu, Cape Town, was fatally wounded in a shooting on Friday.

According to his elder brother, Bonisile Skipper Alam, the owner of the Corner Lounge was killed close to his home.

“Yes it's true, it happened yesterday evening when he was coming back from his friend, Songezo Mjongile's funeral ,” said Alam.

"[He was shot] next to his newly-renovated house. He lived with his mother, brothers, sisters and four kids.”

Western Cape police spokesperson Sgt Noloyiso Rwexana said on Saturday: “Gugulethu police are investigating a case of murder after a shooting incident that led to the death of a 45-year-old man at NY138.

“According to reports, the incident occurred yesterday afternoon about 4.30pm. Police attended to the crime scene and they were told that the victim was shot and transported to hospital.

“The victim died in hospital due to his injuries. The circumstances surrounding this incident are under investigation with no arrests yet. Police are following up on leads.”

The Sunday Times reported in November 2018 that a R1m hit on Cape Town advocate Pete Mihalik was ordered from a prison cell, allegedly by Tuntubele, who was serving time for robbery.

Well-placed sources told the Sunday Times that the hit on Mihalik, who was shot dead while dropping his two children at school in Green Point, was at the behest of two senior figures in the Cape Town underworld.

Western Cape police have arrested seven people in connection with the shooting outside the home of Cape Town attorney William Booth.
News
2 years ago

They were  said to have approached Tuntubele. In turn, Tuntubele allegedly approached Vuyile Maliti, a taxi boss, to recruit the killers.

Maliti, and two alleged hitmen, Sizwe Biyela and Nkosinathi Khumalo, from KwaZulu-Natal, were arrested in connection with Mihalik’s killing. They are on trial in the high court in Cape Town.

Each of the men is facing a murder charge, a charge of possession of an illegal firearm and ammunition, and two attempted murder charges.

Top detective Lt-Col Charl Kinnear, who was shot dead on September 18 outside his home in Bishop Lavis, Cape Town, investigated the case.

In an interview with GroundUp in 2012, Tuntubele confirmed his criminal past.

“I was involved in crime. I wasn’t really interested in opening a business in the township because of my ways,” he told GroundUp. “I was on the front page of a community newspaper, handcuffed, and the headline said I was a tokoloshe.”