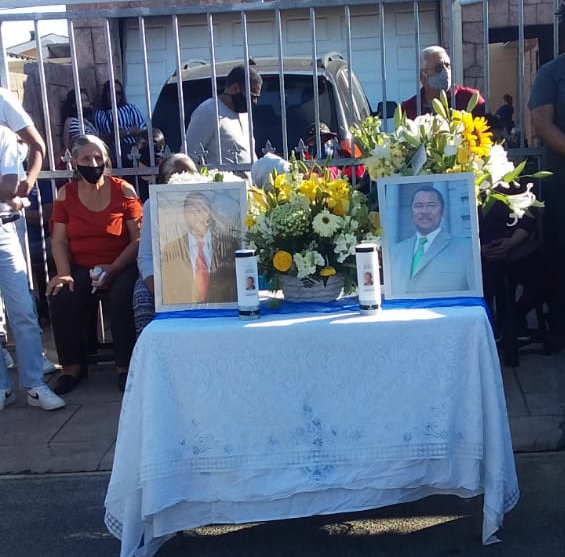 Mourners have started to gather to pay tribute to Charl Kinnear, an Anti-Gang Unit officer who was killed on Friday.
Image: Philani Nombembe

Throngs of people have turned out to pay tribute to slain top cop Charl Kinnear at a memorial service held for him in Cape Town on Thursday.

Kinnear was killed in an apparent hit last Friday — shot at close range while sitting in his car.

The emotive service was attended by his colleagues in the Anti-Gang Unit, the police top echelons in the province, Cape Town mayor Dan Plato and SA Human Rights Commission commissioner Chris Nissen.

The memorial came on the same day that police announced that a man had been arrested in connection with the murder. The man, who was arrested in Springs on Gauteng's East Rand, is expected to appear in court on Friday.

The team investigating top detective Charl Kinnear’s murder are yet to make any arrests.
News
1 year ago

The man who allegedly “pinged” Anti-Gang Unit section commander Lt Col Charl Kinnear’s phone more than 2,000 times was picked up by a team of crack ...
News
1 year ago
Next Article