'Abusing women is not our heritage': President Cyril Ramaphosa

'When you beat a woman, you beat a nation,' president says during Heritage Day address 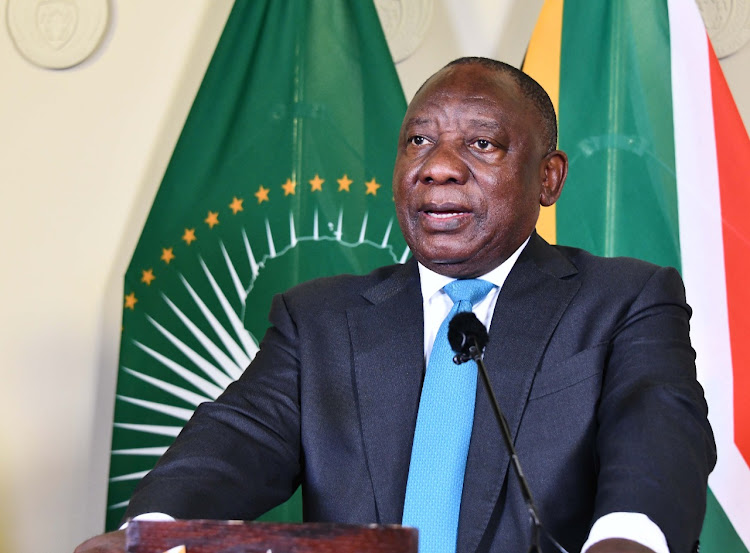 Ramaphosa said it was important for the country to actively preserve its heritage, starting with respecting women and children.

“The men, women and children of tomorrow must be proud to have inherited a democracy that affirms the worth and dignity of all our citizens. So long as this country’s women and children live in fear from violence, we cannot regard ourselves as totally free.

“So long as women are being harassed, abused, beaten, raped and murdered, we cannot say we are a civilised society. Abusing women is not our tradition, nor is it our custom.

“It is not, and will never be, our heritage,” said the president.

Police Minister Bheki Cele is set to provide details on a plan to combat gender-based violence and femicide in hotspot areas, as proposed by ...
News
1 year ago

He emphasised the role that women play in building and shaping societies.

“They have ruled kingdoms. They have been highly respected and valued. We must put an end to this terrible shame that is tainting the image of our country.

“We must do away with practices that discriminate against women. With the same determination, we must stand firm against attempts to disrespect our country’s women through crude forms of representation in the media, in advertising and in popular culture,” Ramaphosa added.

The president spoke against the recent controversial Clicks hair advertisement.

“[It] shows that we still have a long way to go. The apartheid government denigrated our cultures and tried to make us ashamed of our cultures, our traditions, our languages and our very appearances.

“It is disheartening to see that in democratic SA, there are still crude stereotypes of black women being put on public display.

“The social cohesion we seek in this country means we must be mindful of the legacy of our past, whether we are businesses selling products, whether we are producers of content for television, or otherwise,” Ramaphosa added.

He said building a united nation means people must be aware of and check for racism and prejudice continuously.

“We come from a history of prejudice and exclusion, and since democracy we have worked to transform the heritage landscape of our country. Monuments glorifying our divisive past should be repositioned and relocated.

“This has generated controversy; with some saying we are trying to erase our history. Building a truly non-racial society means being sensitive to the lived experiences of all this country’s people. The struggle against apartheid was first and foremost aimed at ensuring that all our people should reclaim their dignity, black and white,” he said.

As part of Heritage month, the government has launched three books that acknowledge the efforts of the three great women to whom Ramaphosa dedicated his speech.

“Throughout this month we will be promoting greater awareness of their work, especially among young people. We will also promote the work of the many others who are doing so much to conserve our diverse customs and cultures,” Ramaphosa said.

In his address, the president also paid tribute to many that have died.

Police minister Bheki Cele says gender-based violence is a societal evil that must be contained at all costs.
News
1 year ago

Only 130 of the 4,058 people arrested for alleged gender-based violence (GBV) since the announcement of the lockdown in March have been convicted.
News
1 year ago

The fight against gender-based violence is for all

In the past month, our country marked the 64th commemoration of the brave women who marched to the Union Buildings to protest against the ...
Opinion
1 year ago
Next Article