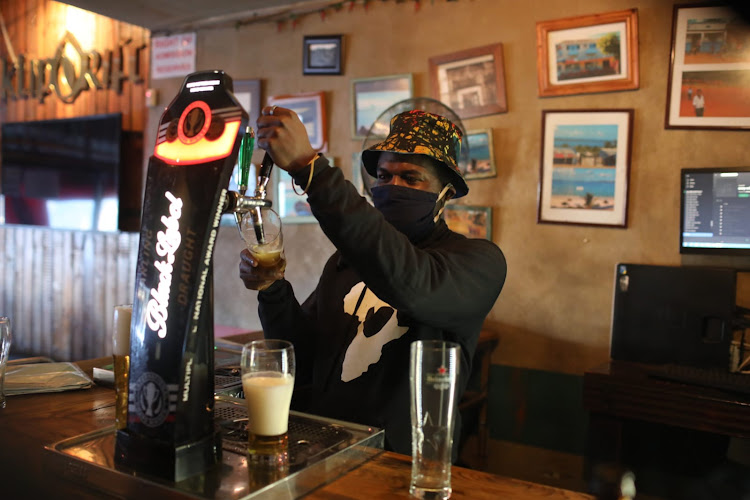 A bartender in Melville, Johannesburg, wears a mask while pouring beer during eased lockdown restrictions. Less than 2,000 new cases of Covid-19 were again reported across SA on Wednesday.
Image: Sunday Times/Alaister Russell

Taking into account the number of recoveries and deaths, Mkhize said there were 54,753 active cases.

A day after SA passed 16,000 fatalities, Mkhize said on Wednesday that 88 new Covid-19 related deaths had been recorded.

Of these, two were from the Eastern Cape, 18 from KwaZulu-Natal, 11 from Gauteng, 22 from Limpopo, nine from the North West, and 13 each in Mpumalanga and the Western Cape.

'We can’t rest until we find a vaccine': Zweli Mkhize warns of possible Covid-19 surge

Health minister Zweli Mkhize has warned of a possible Covid-19 resurgence as the country moves to lockdown level 1.
News
1 year ago

Cape Town couple in their 90s beat Covid-19, get rousing send-off from hospital

Neville Adams, 91, and his 90-year-old wife Iris were discharged from the Netcare N1 City Hospital in Cape Town recently after they both survived ...
News
1 year ago
Next Article