'Sorry, your cars are too fancy', insurer tells motorist trying to save money 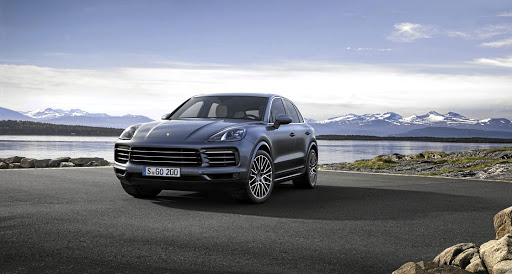 iWYZE said it could not cover Ralph Rossouw's Porsche Cayenne because it was too valuable. File image.
Image: Supplied

A motorist with two million-rand cars was so irked when he found they were too expensive to qualify for a R505 bonsella that he submitted a formal complaint.

Now insurer iWYZE has been ordered to change its advertising to make clear that only cars worth less than R1.2m are eligible for an offer that states: “If we can't save you money, we'll give you R505.”

Ralph Rossouw told the advertising watchdog the TV commercial was misleading because when he tried to take up the offer, he was told his vehicles were too expensive for the Old Mutual brand to cover.

Rossouw owns a R1.4m Mercedes-Benz S-class and a R1.3m Porsche Cayenne, and contacted iWYZE to ask if it could beat the premiums he was paying on them.

If it was unable to do so, he wanted to claim his R505, which would have risen to R1,750 if he had been claim-free for three years.

In its ruling, the Advertising Regulatory Board said: “He was informed that [iWYZE] was unable to fulfil any of the promised claims ... because his vehicles were too expensive.”

The insurer told the regulator that “as per the product and underwriting criteria”, the value of Rossouw's vehicles was too high.

The watchdog said it accepted that insurers were entitled to impose terms and conditions, but the ad Rossouw saw did not indicate any limit on the maximum sum insured.

“The reality is that [iWYZE] was not able to save [Rossouw] money, and that the implication of the advertisement is therefore that he would receive the benefit of the offer,” it said.

Even the terms and conditions of the offer, which iWYZE sent to the watchdog, did not mention the R1.2m limit.

The board told the company to withdraw or amend its advert with immediate effect.

Ters payments to resume on Monday

Ters payments were suspended earlier in the month after the auditor-general, Kimi Makwetu, identified alleged fraud and irregularities in the system
News
1 year ago
Next Article