Police minister Bheki Cele says gender-based violence is a societal evil that must be contained at all costs.

Speaking at a briefing on Tuesday afternoon, Cele described it as a second pandemic that had reached crisis levels in the country. He identified 30 hotspots for gender-based violence in the country that will get special attention.

This comes as he revealed that only 130 of the 4,058 people arrested for alleged gender-based violence since the announcement of the lockdown in March had been convicted, which translated into a conviction rate of only 3%.

“The work of the interministerial committee on GBV continues. As a member of this [committee], in our efforts to drill down to community and district level in our response to GBV, government has pinned down 30 GBV hotspots,” he said.

He said the list was compiled based on nine key variables, including the number of cases reported to the SAPS during the 2019/2020 financial year. These cases included:

He said the hotspot list also included eight other variables, such as calls received related to domestic violence and gender-based violence.

“Data was also included from victim support services, such as Thuthuzela Centres, health facilities and other data from other departments that paint a picture of GBV in a particular area.”

The minister said as part of the police integrated sexual offences and GBV action plan, there were proactive measures with short-, medium- to long-term time frames.

“GBV remains a priority crime for the SAPS. As a prevention measure, the SAPS will also continue to have a sustained public awareness and community-based campaigns at the identified areas on GBV.”

He said all police stations in those identified areas are expected to have a permanent desk dedicated to GBV.

“The dedicated desk will reduce the risk of ill-treatment at the hands of officers, as we have seen in some instances. These permanent desks should not be limited to the hotspots areas only but should be a norm at all stations,” he said.

The top 30 GBV hotspots in SA are: 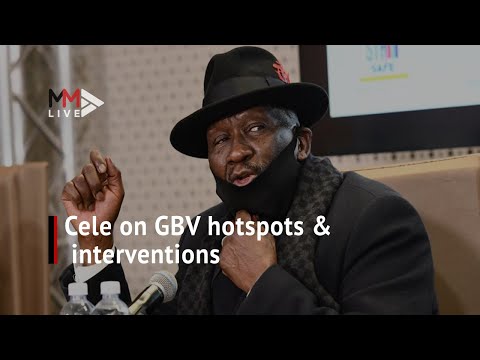