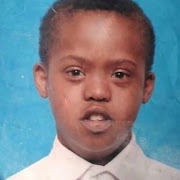 Image: Supplied The case against three police officers implicated in the fatal shooting of Eldorado Park teen Nateniël Julies is expected to proceed in the Protea magistrate's court on Tuesday.

The case against three police officers implicated in the fatal shooting of an Eldorado Park teenager is expected to proceed in the Protea magistrate's court on Tuesday.

The case had been postponed last month for a formal bail application.

Nateniël Julies was allegedly killed by police on August 26 during community protests in the south of Johannesburg.

The death of the 16-year-old, who had Down syndrome, sparked outrage in the community and led to sporadic clashes between protesting residents and the police.

Ndyalvane and Whiteboy were charged with premeditated murder, defeating the ends of justice, discharging a firearm in a public space and unlawful possession of ammunition. Netshiongolo was charged with accessory to murder after the fact, defeating the ends of justice, possession of prohibited ammunition and accessory after the fact.

Julies's mother, Bridget Harris earlier called for no bail for the suspects.

“I just want justice for Nateniël and please, judge, let bail not be given to them, please. Thank you for the community standing by me.”