‘I held on for dear life’: mom as man grabs daughter through car window 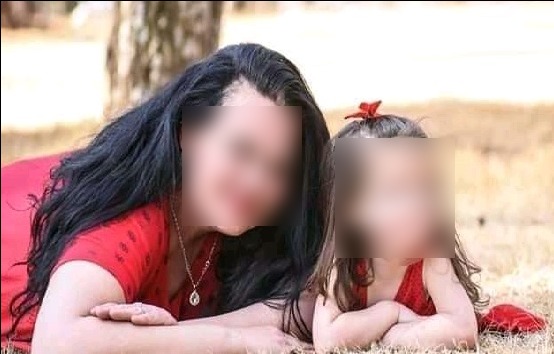 A three-year-old child is traumatised after what is believed to be an attempted kidnapping.
Image: Supplied

A mother had to hold on for “dear life” to her three-year-old daughter’s legs when a man grabbed the child through an open car window at an intersection in Gauteng.

Natasha* told TimesLIVE the incident, which happened in Boksburg on Friday, had left her child traumatised.

Natasha was in the passenger seat, her husband John* was driving and their daughter was in the back and strapped into her booster seat.

“The intersection we stopped at is known as a smash and grab hotspot, so we are always extra vigilant when we approach it. My husband kept a safe following distance between us and the car in front of us, and he tried to keep the car in motion.”

She said it was a hot day and their daughter’s window was slightly open.

“Earlier that morning our air-conditioning belt broke so the air-con wasn’t working. We bought a belt and my husband was supposed to put it on later that day. We left the window slightly open for air flow.”

She said her husband noticed a man approaching in his mirror, but thought he was looking for a car to target.

'It happened so quickly'

“The next moment my husband screamed and then my daughter also screamed. The man had his head and arms in the car and tried to grab our daughter. I’m not sure if he wanted to break the window. Everything happened so quickly.

“I held on to her legs with everything in me while my husband tried to drive away.”

John drove off, forcing the assailant to release his grip on the child. The family alerted the community policing forum, who responded swiftly.

“My husband and the policing forum went into an informal settlement to look for the guy. They found him inside his shack. He told them they couldn’t enter without a warrant.”

Natasha said they then went to the Boksburg police station to open a case.

She said when they went to a filling station at the weekend and a petrol attendant approached her daughter’s window, she started crying.

“She is still traumatised, and keeps saying the man wanted to take her. We will take her to see her therapist. She is very young and does not know how to deal with those emotions. We are just thankful that God protected her.

“We want to warn parents to protect their children because these days your children are even grabbed from your car.”

The family provided TimesLIVE with a case number and said they had reported a case of attempted kidnapping. Police spokesperson Capt Kay Makhubele confirmed a suspect was arrested in connection with the incident.

Makhubele said records, at this stage, indicated the man had been charged with theft out of a motor vehicle.

The family said on Tuesday they would follow up with police to determine the nature of the case under investigation.

• TimesLIVE has given the parents pseudonyms to protect the identity of their child.