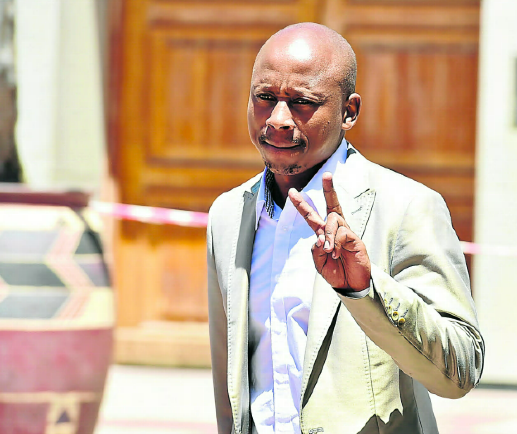 Andile Lungisa approached the Constitutional Court to set aside his two-year prison sentence for assault with intent to do grievous bodily harm.
Image: EUGENE COETZEE

Jailed ANC councillor Andile Lungisa will know by the end of the week whether he will be granted bail.

He wants his two-year prison sentence for assault with intent to do grievous bodily harm set aside and has approached the Constitutional Court.

Judge Sunil Rugunanan indicated that he would give judgment on Wednesday, or at the latest on Friday this week, SowetanLIVE's sister publication DispatchLIVE reported.

State advocate Nickie Turner told the high court in Makhanda that there were no prospects of Lungisa being successful in his application to the ConCourt.

She said with numerous courts having already having confirmed the sentence as suitable, it was unlikely that another court would come to a different conclusion.

In addition, Turner said, Lungisa had failed to raise a constitutional issue or a matter of public importance.

Advocate Terry Price argued that Lungisa was not a flight risk and had shown in the past that he would attend court and not interfere with the justice system.

Lungisa was convicted in 2018 for assaulting DA councillor Rano Kayser during a heated council brawl in 2016. He smashed a glass jug against Kayser’s head.

Former Nelson Mandela Bay councillor Andile Lungisa, who began his prison term on Thursday, was trending on social media at the weekend - but it had ...
News
1 year ago

The bail application by Andile Lungisa, the jailed Nelson Mandela Bay ANC councilor, is expected to be heard in the Grahamstown magistrate’s court on ...
News
1 year ago
Next Article