Three killed as car crashes into tree, breaks in two 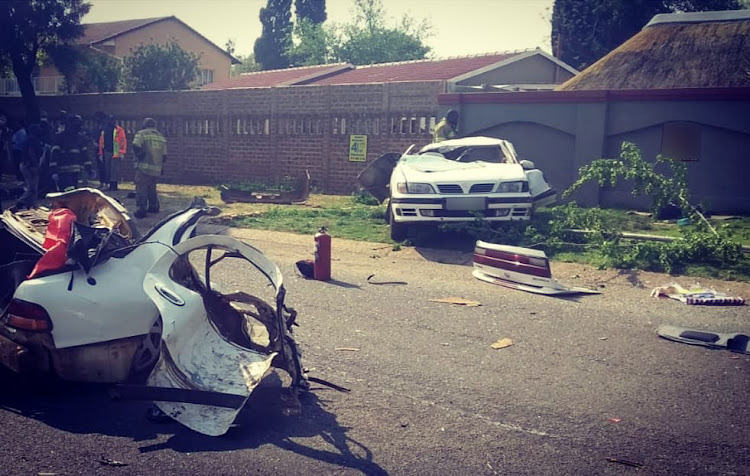 Three men were killed and two others injured when a light motor vehicle crashed into a tree in Brackendowns, Alberton.
Image: ER24

Three men were killed and two others left injured on Monday morning when a light motor vehicle crashed into a tree.

“Paramedics arrived on the scene at 9.20am to find a light motor vehicle split in two. Several people were found lying around the wrecked car.

“Medics assessed the patients and found that three men, believed to be in their 20s, had sustained numerous fatal injuries. Nothing could be done for them and they were declared dead.

“Two other patients were found to have sustained serious to critical injuries. The patients were treated and immediately transported to hospital for further care.”

Meiring said the details surrounding the crash are not yet known, but authorities were on the scene for further investigations.

Seven people were killed and three others injured in a head-on collision on the D19 road outside Seshego in Limpopo on Sunday morning.
News
1 year ago

East London advocate Phakamisa Toni and his instructing attorney Mcebisi Templeton Klaas may face criminal prosecution and censure by the Legal ...
News
1 year ago
Next Article