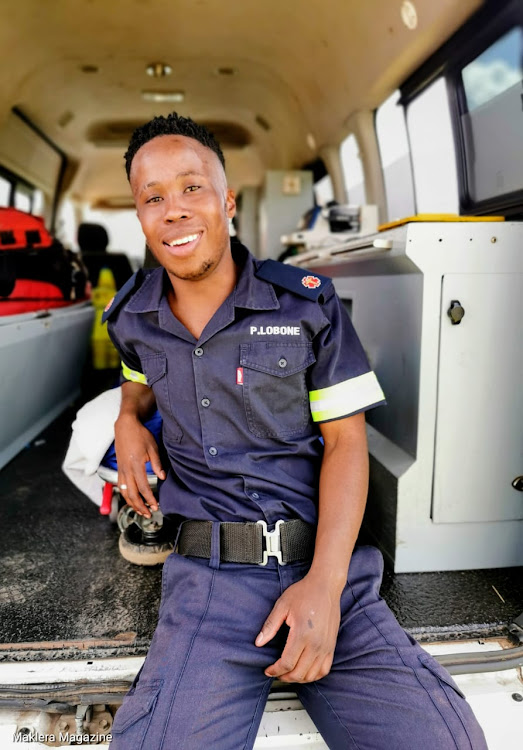 Paballo Lobone, the paramedic and firefighter who has been hailed as a guardian angel to the destitute, has finally landed himself his dream job after years of unemployment.

The bubbly 26-year-old shot to fame after helping a homeless woman give birth in Hillbrow in Johannesburg's inner city. He is also known in his hometown of Klerksdorp for helping to fight shack fires. He  also helped a man who was stabbed after being mugged and a woman who was hit by a car.

In February, Sowetan reported how despite his passion for helping people and being a light in the dark for people  in distress he has been unlucky with finding a job.

"I'm so excited. I feel like I finally got what I deserve and I'm here where I want to be, by being a part of people that help those who need help," Lobone said as he confirmed his appointment, a 12-month contract from Matlosana EMRS in Klerksdorp.

Lobone said  his mother and grandmother, 83, whose old age grant kept the family going, were crying tears of joy over his new turn of luck.

"They were crying and said they can finally sleep. Now I'm just going to work hard and do my best to get a permanent post."

It has been a month since he started his new job, which is mainly to  transport and treat patients.

"I feel at peace.  I'm learning, listening and improving my skills and knowledge."

Unemployed Lobone uses his emergency qualifications to help others

From saving a homeless woman who was giving birth in the middle of the street, to helping put out fires in his home town, the 25-year-old has always ...
News
1 year ago
Next Article