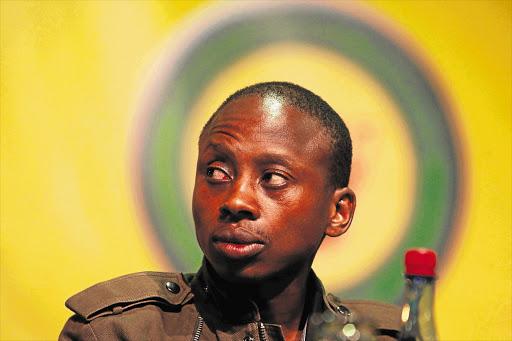 Andile Lungisa has petitioned that he is not suited to the unpalatable food, uncomfortable sleeping arrangements, risk of violence and degrading ablution facilities that come with a prison sentence.
Image: File / ELIZABETH SEJAKE

The bail application by Andile Lungisa, the jailed Nelson Mandela Bay ANC councilor, is expected to be heard in the Grahamstown magistrate’s court on Monday.

Lungisa has spent the last four days behind bars in the North End prison in Port Elizabeth, where he is serving a two-year sentence after being convicted of assault. This comes after a 2016 incident in which he smashed a glass water jug over a DA councilor's head during a heated council meeting.

Lungisa has filed an application to the Constitutional Court for leave to appeal against the sentence, and wants to be freed pending the outcome of the application.

The National Prosecuting Authority (NPA) had said it would oppose bail.

The Herald newspaper reported that Lungisa, a married father of seven children, is petitioning that he is not suited to the unpalatable food, uncomfortable sleeping arrangements, risk of violence and degrading ablution facilities that come with a prison sentence.

His appeal against his two-year sentence was dismissed by the Supreme Court of Appeal (SCA).

The SCA found no basis to interfere with the sentence imposed by the trial court as it found the crime committed by Lungisa was serious and had devastating consequences.

Lungisa's ANC membership has been suspended, in line with the ANC national executive committee's stance that anyone with a conviction should resign for the sake of the party.

ANC Nelson Mandela Bay councillor Andile Lungisa has handed himself over to authorities at the North End Prison where his two-year sentence for ...
News
1 year ago

Nelson Mandela Bay councillor Andile Lungisa is expected to report to the clerk of the court at the Port Elizabeth magistrate's court by noon on ...
News
1 year ago
Next Article