Nehawu fights on for wage hikes 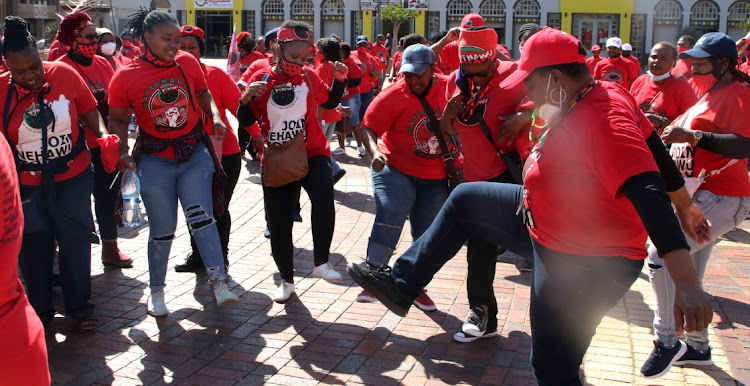 Nehawu is protesting against the possibility of salaries of public servants not being increased this year. File image
Image: FREDLIN ADRIAAN

The National Education, Health and Allied Workers’ Union (Nehawu) says its members will stage a demonstration at the Union Buildings in Pretoria on Monday.

Nehawu is protesting against the possibility of salaries of public servants not being increased this year and alleged lapses in the provision of personal protective equipment (PPE) for front-line workers during the Covid-19 pandemic.

Negotiations between the two parties started in June, but have been deadlocked since August. Xaba said workers are demanding an 8% salary increase.

“The employer is pleading poverty because of the outbreak of the Covid-19 pandemic. This response from the employer is misleading and disingenuous because the institution did receive its allocation before the start of the nationwide lockdown.”

“Subsequent to multiple deliberations the employer then proposed a final counter-offer of 4.3% which was rejected by Nehawu and has led to the current deadlock.

“Due to the Covid-19 state of disaster, and direct implications of the lockdown on the economy, government had previously earmarked a 4.4% salary increase for lower paid servants and no increase at all for those in higher income brackets.

“Government has put forward a proposal for a zero increment or a wage freeze for the 2020/21 financial year.”

Carolissen said that the scheme would further engage the National Treasury for a mandate on the increment matter.

Two weeks ago the union handed over a memorandum of demands to the government at the Union Buildings.

The government had thus far failed to respond to the demands, Xaba said.

Nehawu hands over memorandum at Union Buildings as strike looms

The National Education, Health and Allied Workers' Union handed over a memorandum of demands to the presidency on Thursday at the Union Buildings in ...
News
1 year ago
Next Article